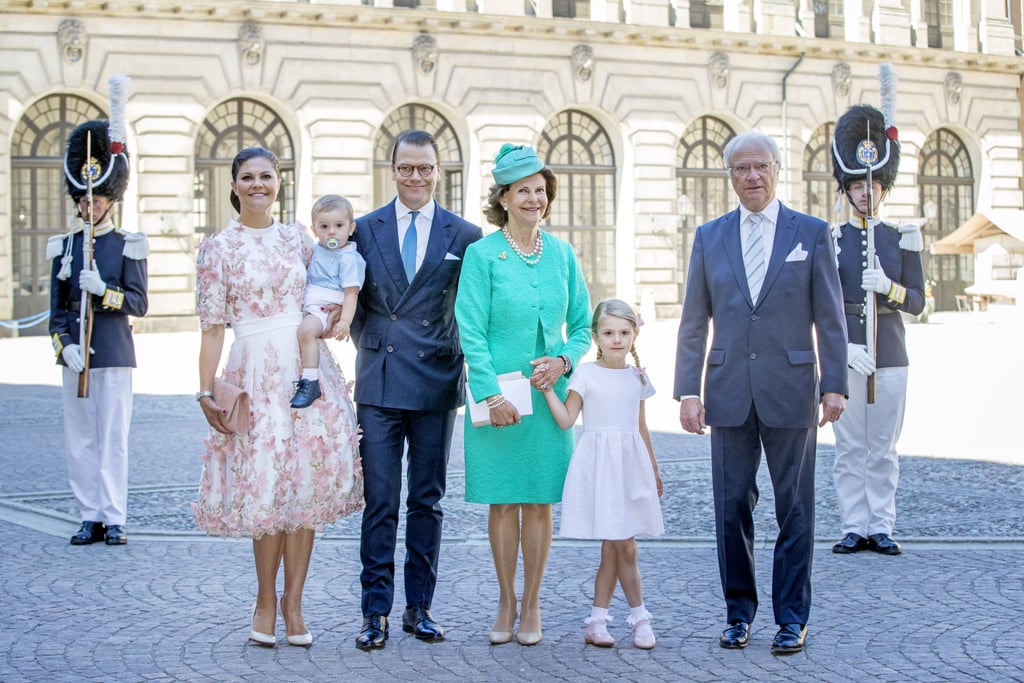 King Carl XVI Gustaf ascended the throne in 1973 when he was only 27 years old. His reign was brought under scrutiny in 2010 when a book was released called The Reluctant Monarch, that claimed the King had an affair with a Swedish-Nigerian singer, and took part in underground nightclub hot-tub parties in the 1990s.

Despite the scandal, the King is still the head of Sweden, and married to Queen Silvia (since 1976). Together they have three children, the oldest being the Crown Princess Victoria, who is set to take the throne when her father decides to step down, or more than likely, when he passes. Their other two children are, Princess Madeleine and Prince Carl Philip.

The Crown Princess Victoria has two children of her own, Princess Estelle (who is five years old) and Prince Oscar (who is one year old) with her husband Prince Daniel Westling.