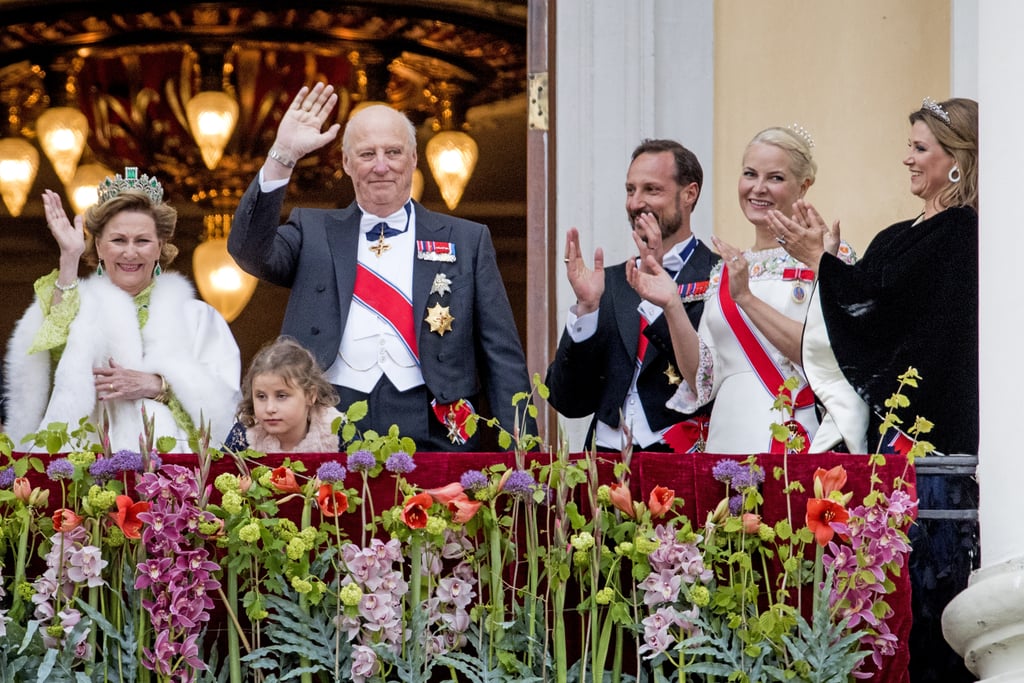 King Harald V might've been the third child of King Olav V and Queen Martha, but he ascended the throne when his father passed away in 1991, because he was the only male heir. Although he had two older sisters, it wasn't until 1990 (once Harald V was already named successor) that the Norwegian Constitution of 1814 was amended to make the oldest child, no matter the gender, the next in line for the throne.

Since King Harald V and his wife Queen Sonja had their children before the constitution change went into affect, their eldest child, daughter Princess Märtha, who was born in 1971, cannot be the next Monarch, instead her younger brother, Crown Prince Haakon, born in 1973 is next in line, followed by his firstborn, who is a girl (yay!). Prince Haakon has three children (one is adopted), two boys and one girl with wife Princess Mette-Marit.

The best part about the Norwegian Royal Family is that it's rooted in love. Back in the '60s, the current king refused to marry a royal, and instead said he would only marry his now-wife, even though she was the daughter of a clothing merchant, aka a commoner. According to the official House of Norway website, the now King and Queen dated in secret for nine years before they were allowed to marry, and the rest is history!