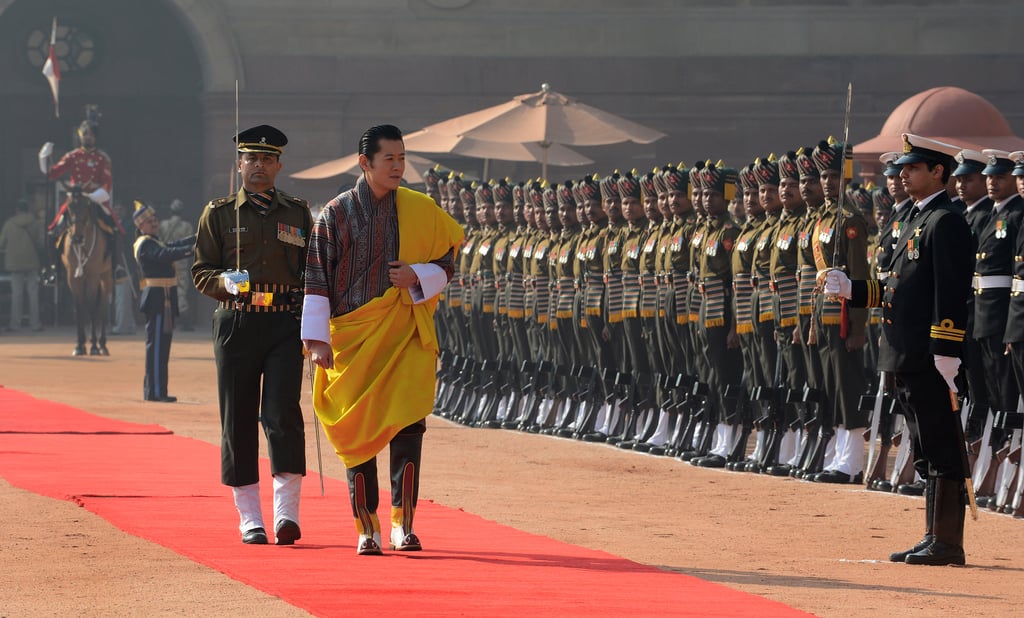 In Bhutan, King Jigme Khesar Namgyel Wangchuk is known as the Druk Gyalpo, which means "Dragon King," which is pretty awesome. He was officially coronated in 2008, after taking over most of the royal responsibilities in 2006 when his father abdicated the throne. King Jigme was only 26 years old when he took power, but his father was only 16 years old when he became king, so young blood is somewhat of a trend in the Bhutan Royal Family.

King Jigme's father made Bhutan into the constitutional monarchy it is today, and the reigning king has followed in his footsteps keeping the peace and being beloved by the inhabitants of his country.

The King did however cause a little commotion when he married a commoner in 2011, but after he officially tied the knot to Jetsun Pema, the people eventually approved. Together the happy couple has one son, Jigme Namgyel Wangchuck, who was born in February 2016, and is now the heir to the throne.