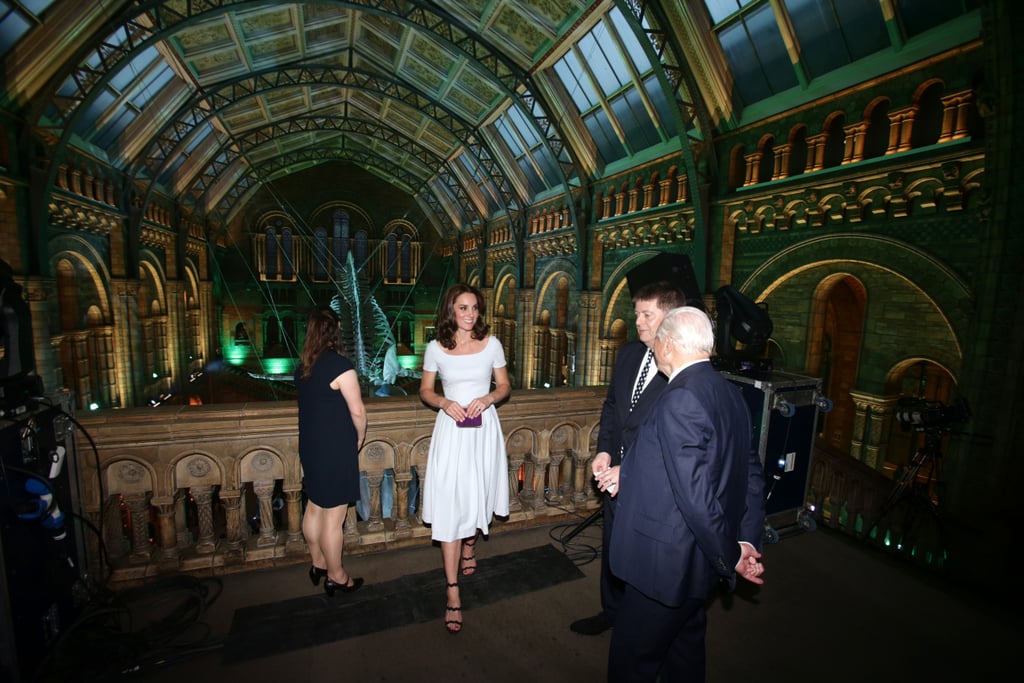 Since Kate became patron four years ago, she has been on hand to wave off the museum's iconic dinosaur cast on a country-wide tour and unveil the entry hall's new blue whale skeleton. She has also attended fundraisers, the Wildlife Photographer of the Year Awards, and the premiere of the documentary Natural History Museum Alive 3D. She has also made private after-hours visits with Prince George and Princess Charlotte, and George's first birthday portrait was taken there.

Director of the Natural History Museum Sir Michael Dixon has said of Kate, "She is actually very knowledgeable on the natural world and passionate about oceans . . . . She has been behind the scenes on a number of occasions and talked to some of our researchers and seen quite a lot of our collection areas."