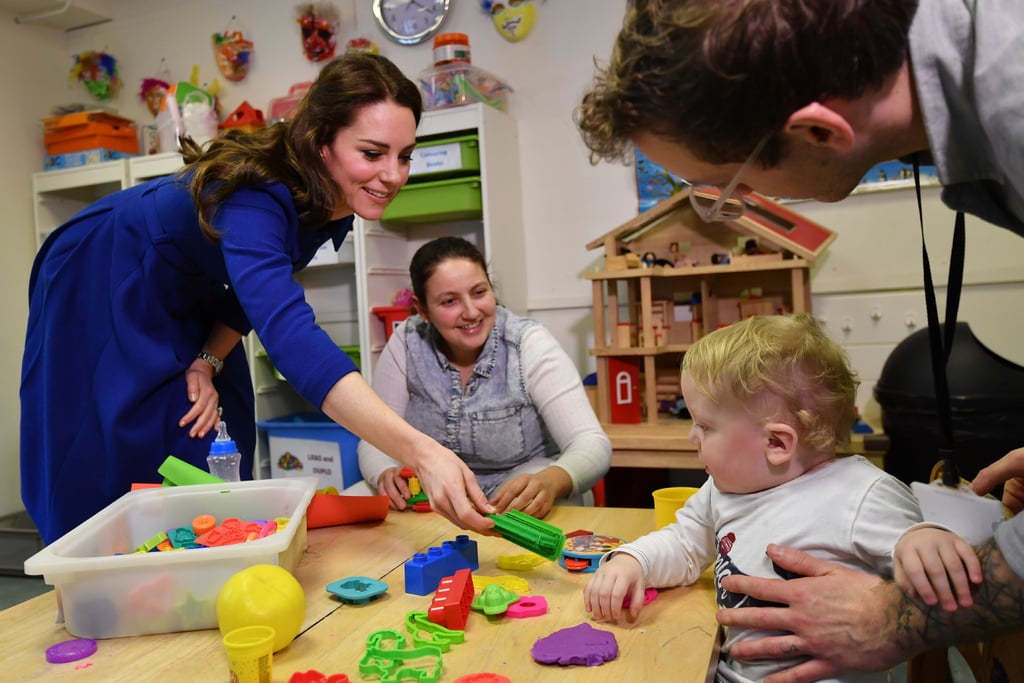 Kate has always loved kids, and even before she became a member of the royal family, she was drawn to children's charities. She trained for a dragon boat race during her 2007 breakup with William, which raised money for two children's hospices, and she was also later involved with the Starlight Children's Foundation and the Day Glo Midnight Roller Disco, which raised funds for a children's hospital ward and youth counseling.

The Anna Freud Centre is a charity that works with children and their families with mental health issues, and in addition to making visits to the center, Kate has also gotten the organization involved with the Royal Foundation's Heads Together initiative.

Celebrity Philanthropy
George and Amal Clooney Pledge $100,000 For Beirut Relief: We "Hope Others Will Help"
by Monica Sisavat 1 day ago