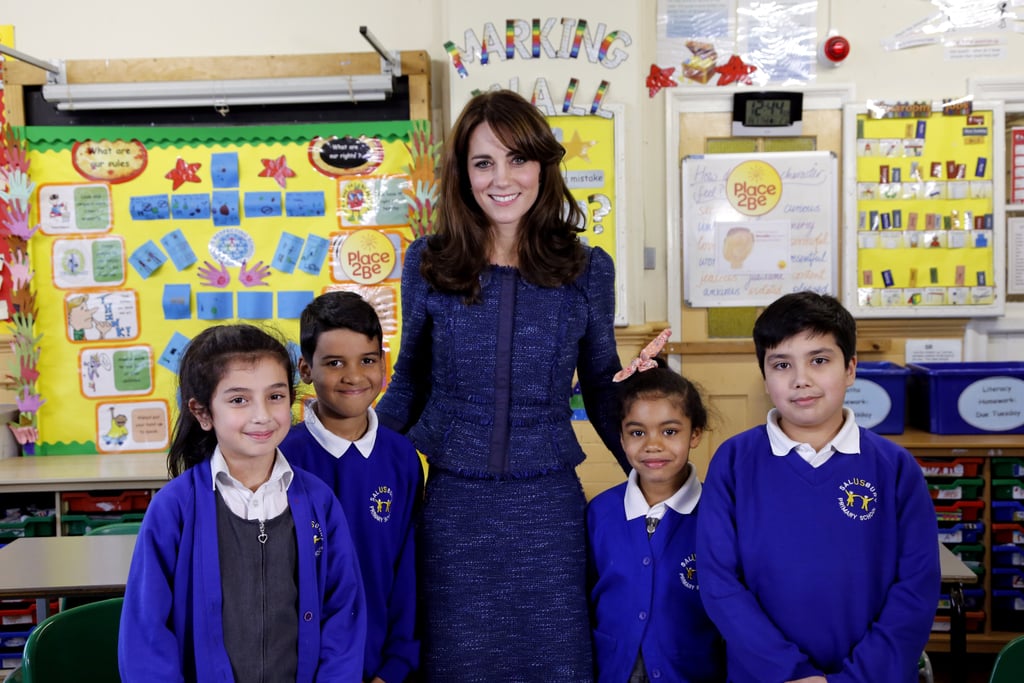 Kate's earliest involvement with Place2Be came even before she was a member of the royal family, as the infamous fancy-dress roller disco she hosted in 2008 was held to benefit the charity. Place2Be works in schools, providing early intervention mental health support, and Kate has been to its fundraisers, conferences, and award ceremonies over the years. She also invited children the charity has worked with on one of her Natural History Museum engagements.