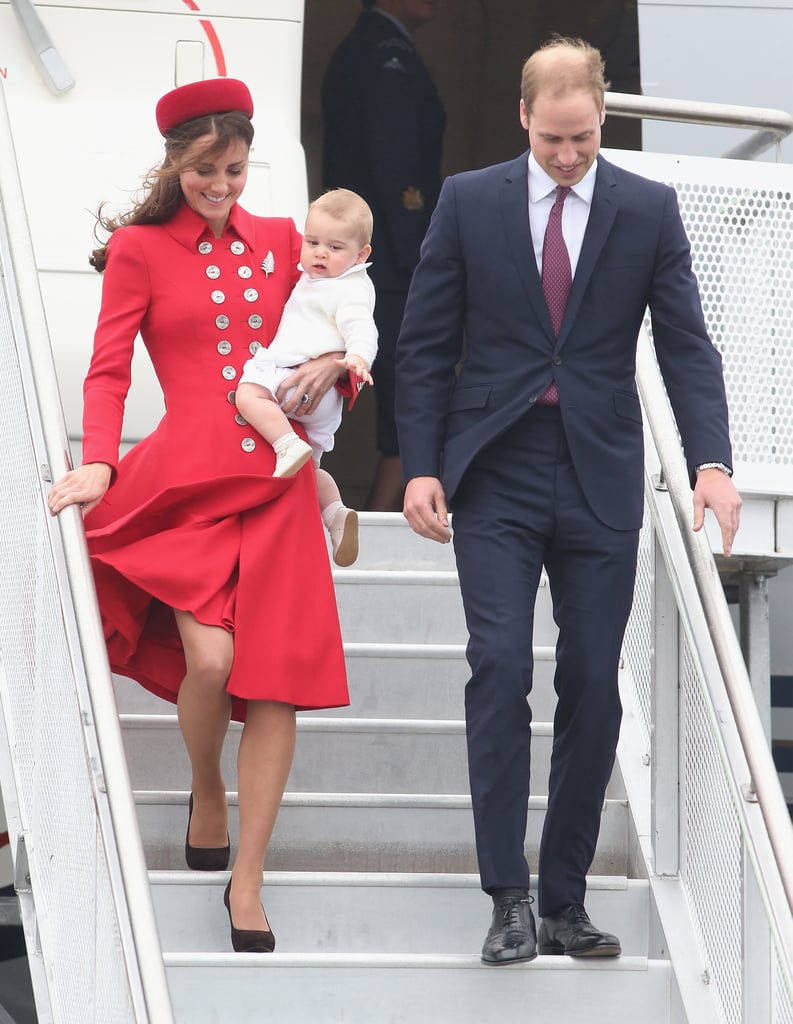 William and Kate decide to bring Prince George along on their first royal tour as a family, following precedent set by William's own parents when they brought him Down Under on a 1983 tour. William, Kate, and George visit Australia and New Zealand in April 2014, earning new royal fans in both countries.