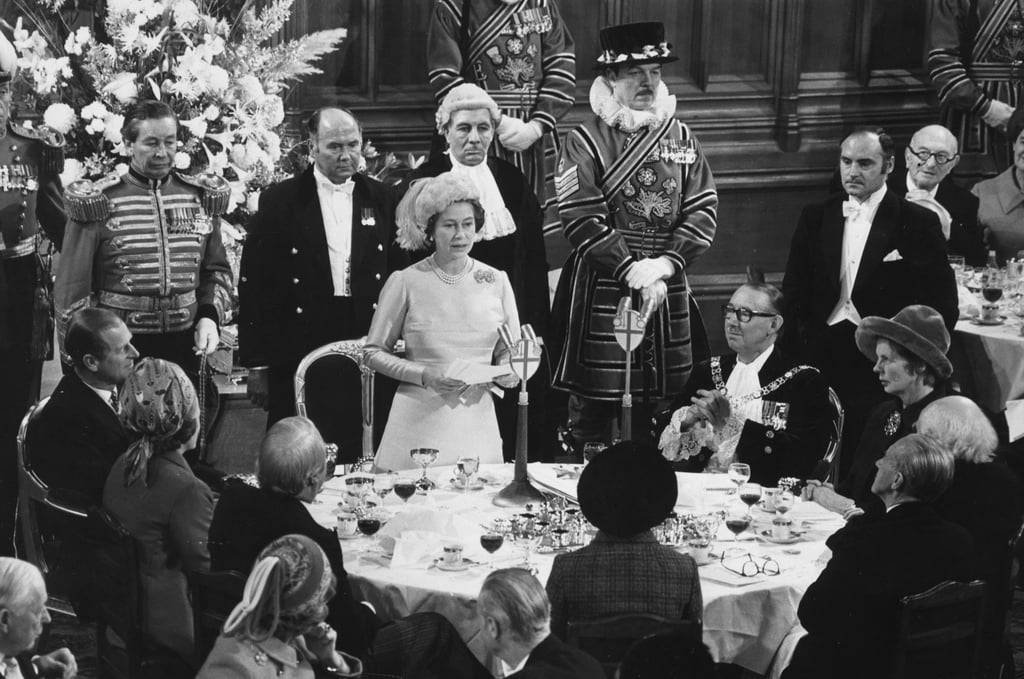 The queen and Prince Philip's silver wedding anniversary was marked with a jam-packed schedule of very public engagements. First came a service of thanksgiving at Westminster Abbey, which is where the couple had exchanged their wedding vows 25 years earlier. They then moved on to a luncheon thrown by the City of London in the Guildhall that was attended by Prime Minister Edward Heath as well as the Lord Mayor of London and the Archbishop of Canterbury, at which the queen gave a speech. Then, in the evening, the couple attended a lavish party at Buckingham Palace, where the queen accessorized her silver gown with a crown and lashings of priceless diamonds.