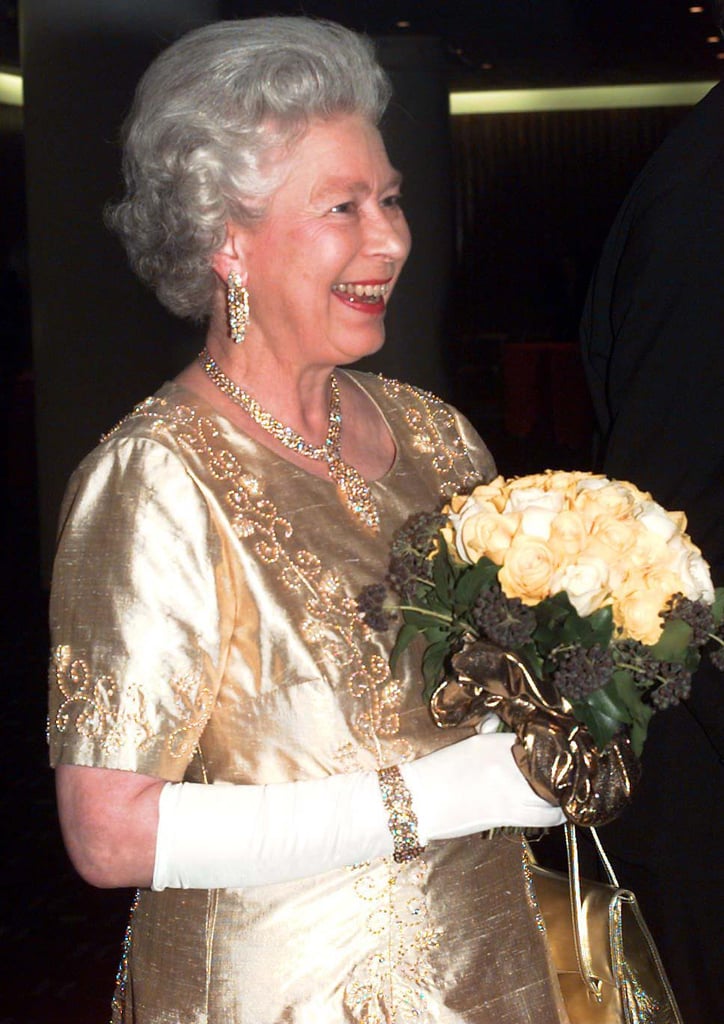 As befitting 50 years of married life, the couple's golden wedding anniversary was appropriately big, bold, and blinged out. The night before, there was a Royal Gala Concert where the queen dressed in gold silk from head to toe and dripped with golden jewelry.

On the morning of their big day, they attended a service of thanksgiving at Westminster Abbey and were joined by the largest gathering of royalty since the queen's coronation back in 1953 (including seven kings, 10 queens, 26 princes, and 27 princesses), as well as 10 other couples who had married on the exact same date as the queen and Prince Philip.

Afterward, the royal couple attended a drinks reception at Number 10 Downing Street with Prime Minister Tony Blair before moving on to a "people's lunch," which was attended by individuals from all walks of life — on the queen's table were a policewoman and a worker from a car plant. The queen gave a speech where she paid tribute to the global changes that had taken place in the 50 years since she married, musing, "What a remarkable 50 years they have been. Think what we would have missed if we had never heard the Beatles or seen Margot Fonteyn dance, never have watched television, used a mobile phone or surfed the net. Or, to be honest, listened to other people talk about surfing the net." To round off the day, the couple attended a private party at Windsor Castle with their friends and family.