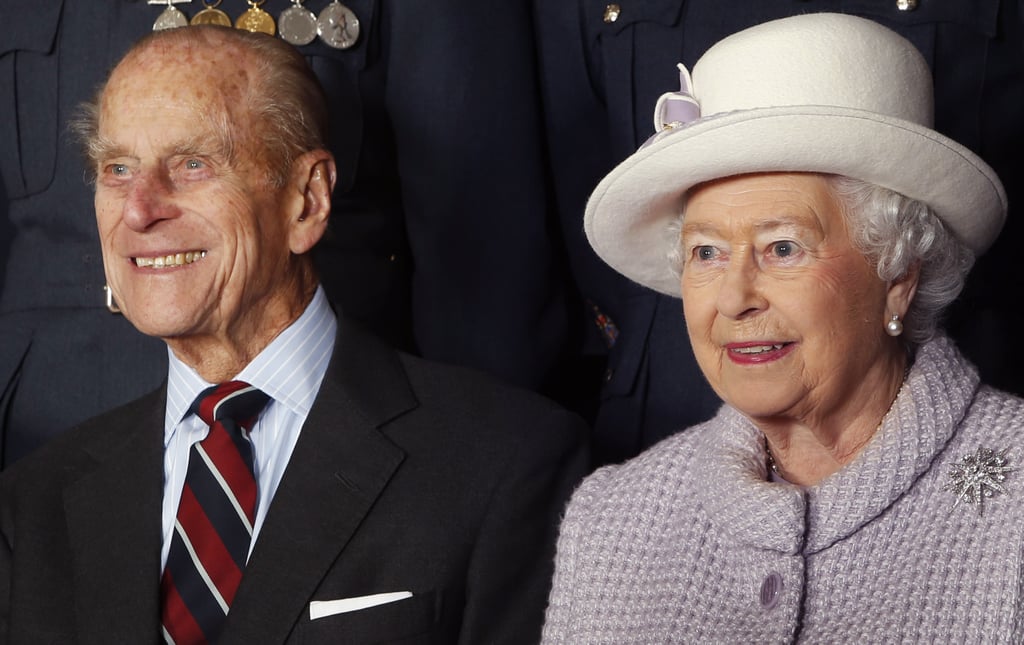 The queen and Prince Philip saw in their 67th wedding anniversary aboard the royal train as they headed from London to an official engagement at the tip of northern Scotland. At the little fishing town of Lossiemouth, they were greeted by a parade inside an aircraft hangar and treated to a flyover from two Typhoons and a Tornado jet.