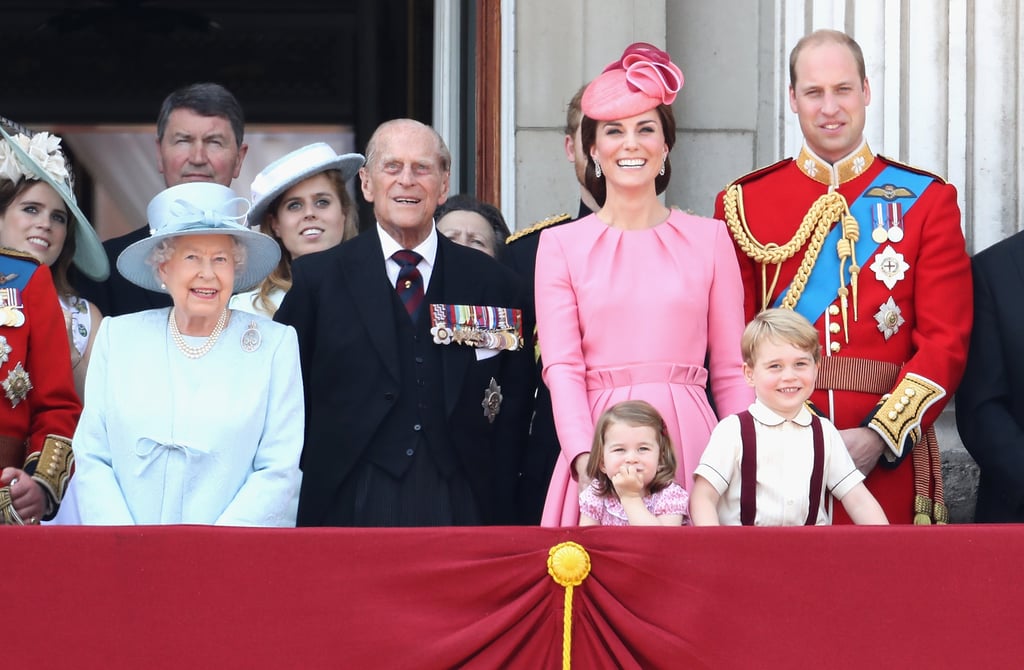 Now, for the royal family who continually catches our attention: the Duke and Duchess of Cambridge and their adorable children! Prince William is the first born son (and child) of Prince Charles and Princess Diana and is therefore second in line for the throne, behind his father.

In 2011, Prince William married Kate Middleton, and they assumed the titles of the Duke and Duchess of Cambridge. In 2013, the couple had their first child, a son named Prince George of Cambridge, who is third in line for the throne. His little sister, Princess Charlotte of Cambridge, who was born in 2015, is fourth in line.

The good news is that although it's unlikely that Princess Charlotte would become the next queen — her brother or father or both would have to abdicate the throne for her to inherit it — based on the new Succession to the Crown Act, which was changed in 2013, then put into place in 2015, she can become queen, no matter what, even if her mother, who is currently pregnant with baby number three, has another boy. In the past, all male heirs would jump their sisters in line for the throne, but Princess Charlotte's younger sibling won't be able to do that, and that's a big deal.

When We All Vote
Meghan Markle Wants You to Know Your Vote Matters: "If You Are Complacent, You Are Complicit"
by Grayson Gilcrease 4 weeks ago