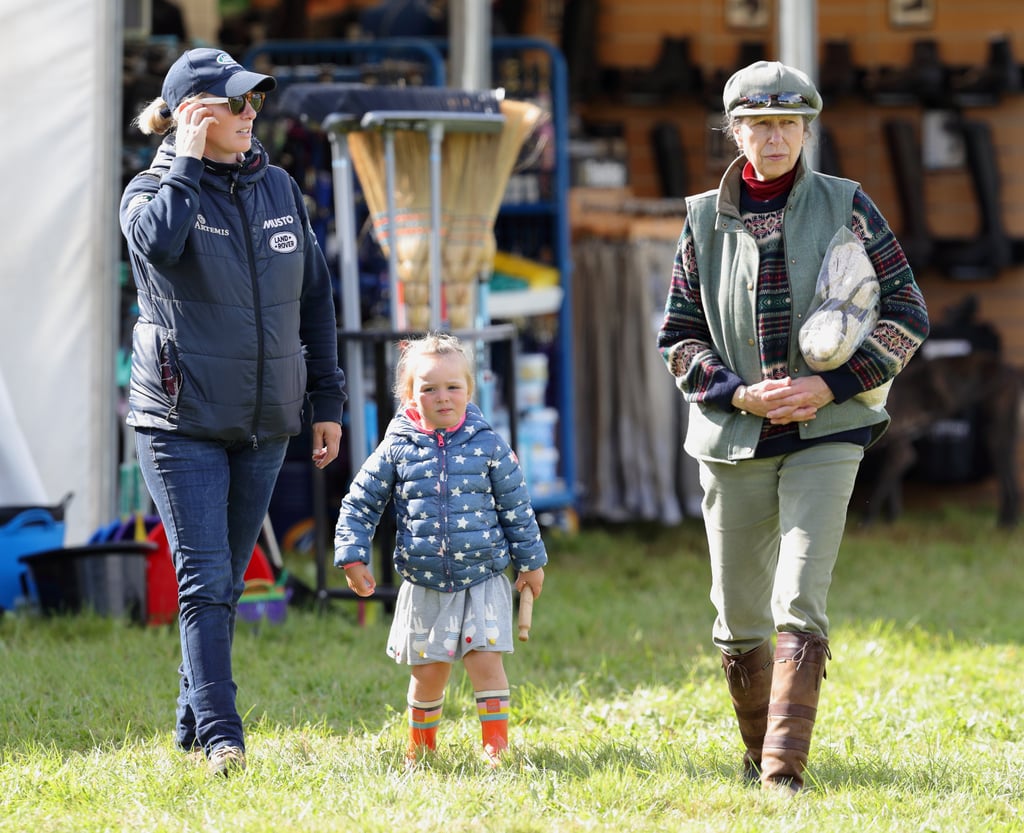 Princess Anne and Her Family

Princess Anne, the Princess Royal was born in 1950 and is the second child of the ruling queen and her husband. In 1973, Princess Anne married Captain Mark Phillips, and together they had two children, before getting divorced in 1992. The Princess Royal comes in at the 12th spot in line, and her children follow — her son comes first (this time he is the oldest).

Peter Phillips is 13th in line for the throne, and thanks to his lovely wife, Autumn Kelly Phillips, their two daughters, Savanah, and Isla, come in at 14th and 15th. The 16th spot in the long line of people who can become monarch is held by Peter's younger sister, Zara Phillips Tindall.

Zara is a professional equestrian (she is on the left in the photo) and is married to Mike Tindall. They have one daughter, Mia (who is also in the photo above), born in 2014, who is 17th in line to be queen. This is where Queen Elizabeth II's direct descendants end in the line of succession ... at least for now!