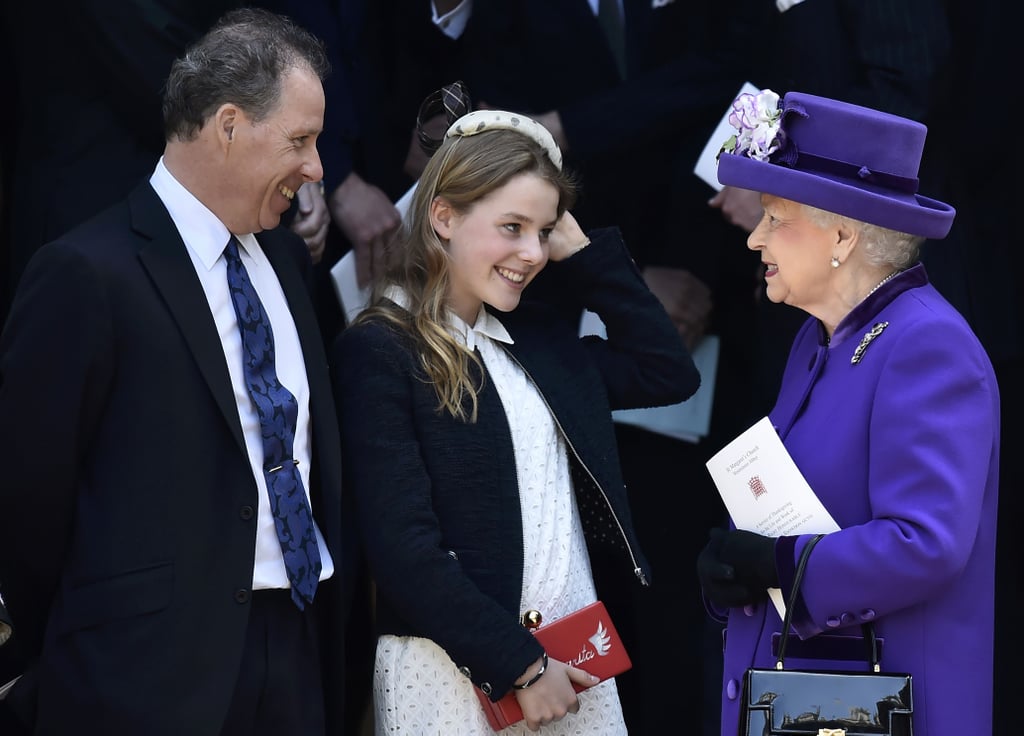 David Armstrong-Jones and His Family

Next comes David Armstrong-Jones, the second Earl of Snowdon, who is the eldest child of Princess Margaret, who was Queen Elizabeth II's younger sister. He is 18th in line for the throne, followed by his children.

His son, Charles Armstrong-Jones, Viscount Linley, who was born in 1999, is number 19, followed by his daughter, Lady Margarita Armstrong-Jones (photographed here with her father and grandaunt), born in 2002, who comes in at number 20.