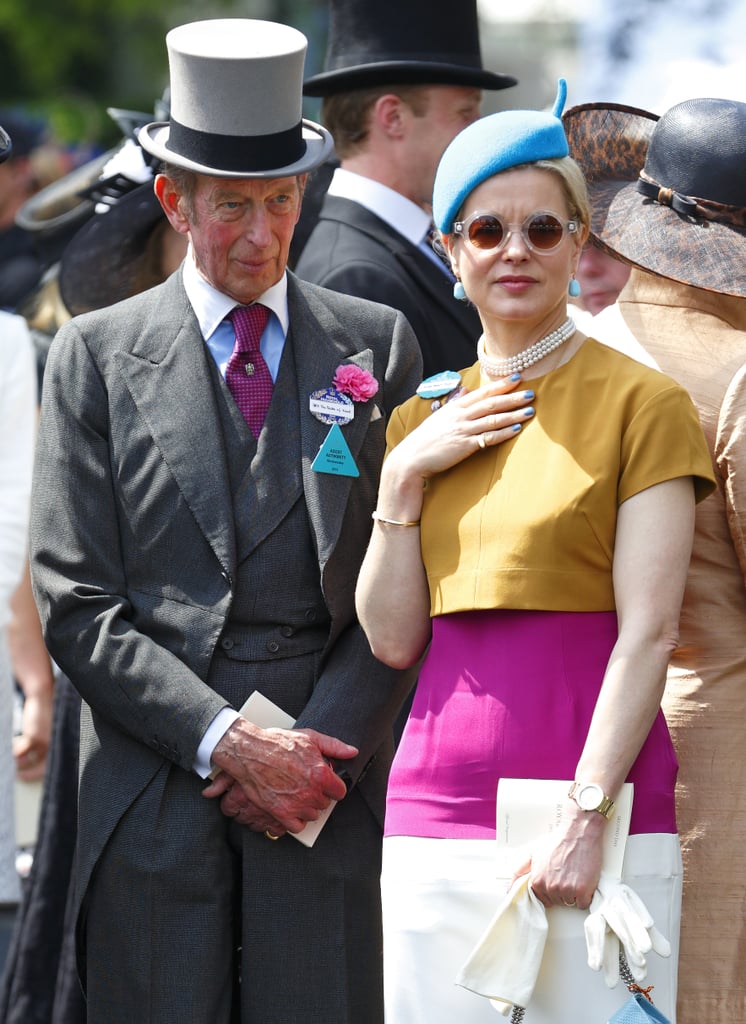 Prince Edward, Duke of Kent, and His Family

As another one of the Queen's cousins, this time a child of her uncle Prince George, Prince Edward, the Duke of Kent, is 34th in line for her title. He is the eldest son of Prince George, who was the fourth son of King George V. Prince Edward was previously the Vice Chairman of the Overseas Trade Board and eventually of the British Trade International.

He has three children, George, Earl of St. Andrews, Lady Helen Taylor (photographed here with her father), and Lord Nicholas Windsor. Only two of his three children are in line for the throne. His son Nicholas converted to Catholicism and therefore is no longer allowed to ascend the throne, in accordance with the Succession to the Crown Act 2013, which says if you marry Catholic you can still be in line, but if you convert, you're out.

Despite marrying a Catholic, George, the Earl of St. Andrews, is 35th in line for the throne, followed by his youngest child, Lady Amelia Windsor at number 36. George has two other children, son Edward Windsor, and daughter Lady Marina-Charlotte Windsor, but they both converted to Catholicism (like their mother) and are therefore not allowed to inherit the throne.

Prince Edward's youngest son, Nicholas, might not be eligible for the throne, but according to MSN, his children are not Roman Catholics — although they were baptized — so they are still in the running. Therefore Nicolas's eldest son, Albert Windsor, is number 37 in line for the throne, followed by his two brothers, Leopold Windsor at 38 and Louis Windsor at 39.