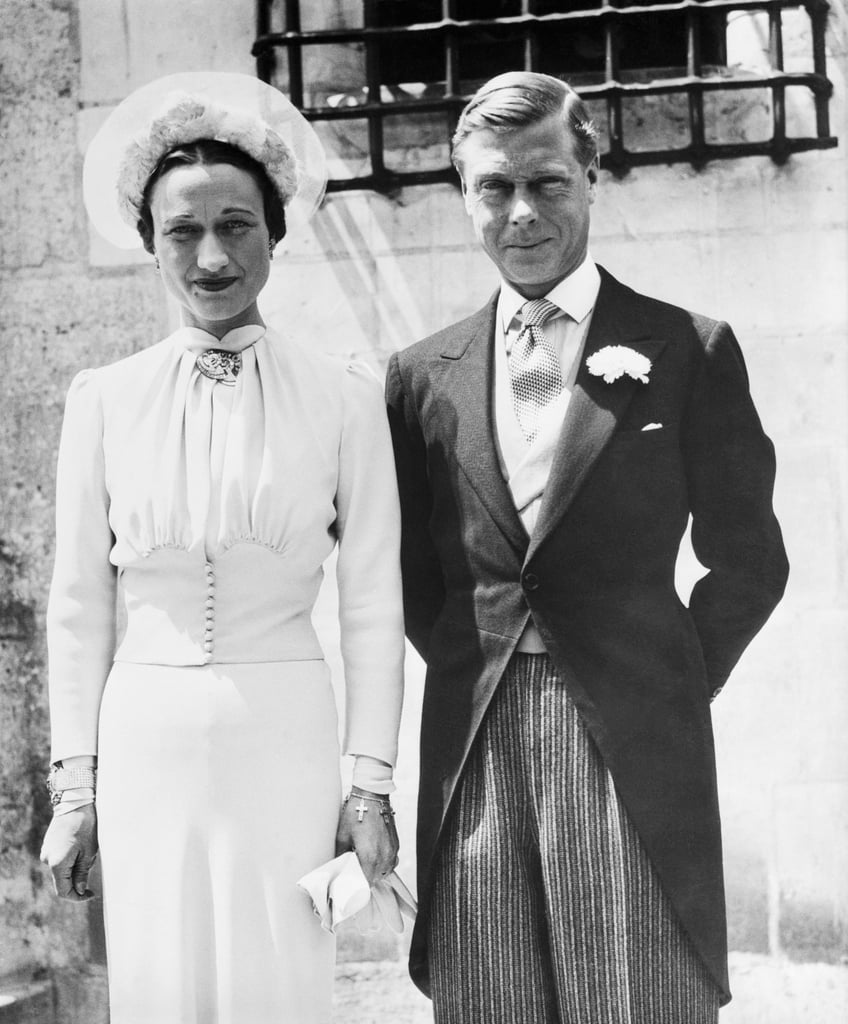 Like Meghan, Wallis Simpson was an American divorcée (from Pennsylvania) when she wed King Edward VIII. The big difference is that when Wallis was dating King Edward (he was a prince at the time) and they got married, it was 1936, and their union was not approved by the British monarchy. Instead, King Edward had to choose between his love of his country — aka the crown — and the love of his life (who was on her second divorce).

The king ultimately chose to abdicate the throne, which led Queen Elizabeth II's father, King George VI, to become king and changed the line of succession in the process. When the couple did get married (in 1937), the king left England and moved to France with his bride, without his crown, and lost his spot in the British monarchy. Yikes!