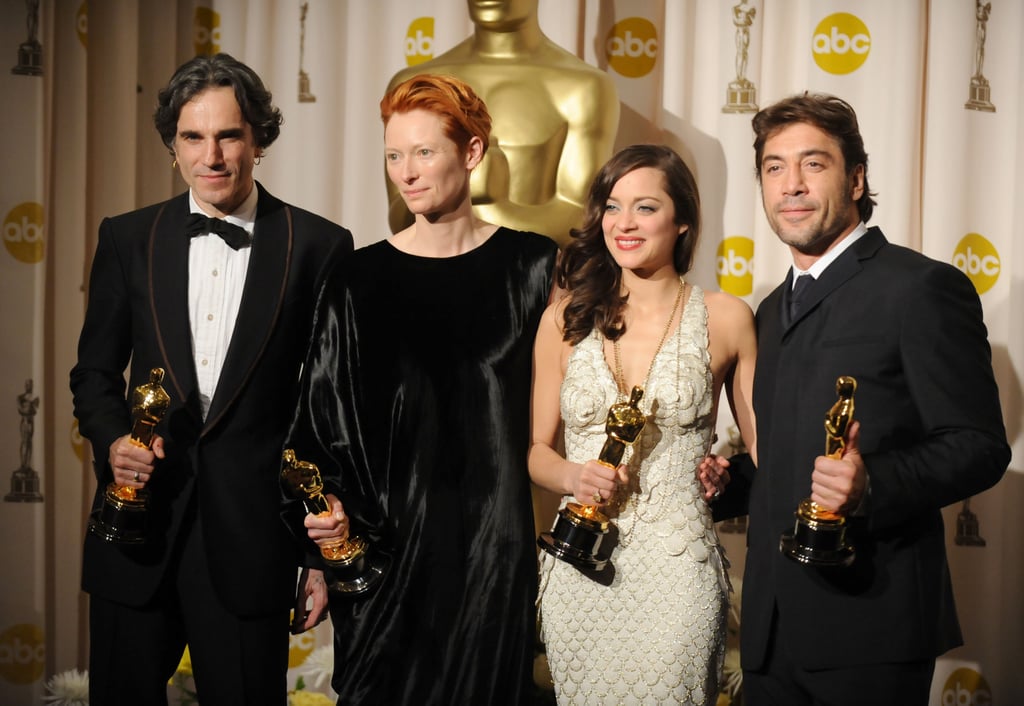 The Coen brothers' film No Country for Old Men won big at the 2008 Academy Awards, scooping both best picture and best director, while Daniel Day-Lewis topped up his Oscars shelf with his second of three best actor in a leading role awards. Best actress went to Marion Cotillard for her portrayal of Édith Piaf in La Vie en Rose and Javier Barden and Tilda Swinton added to the stellar foursome winning for supporting roles.