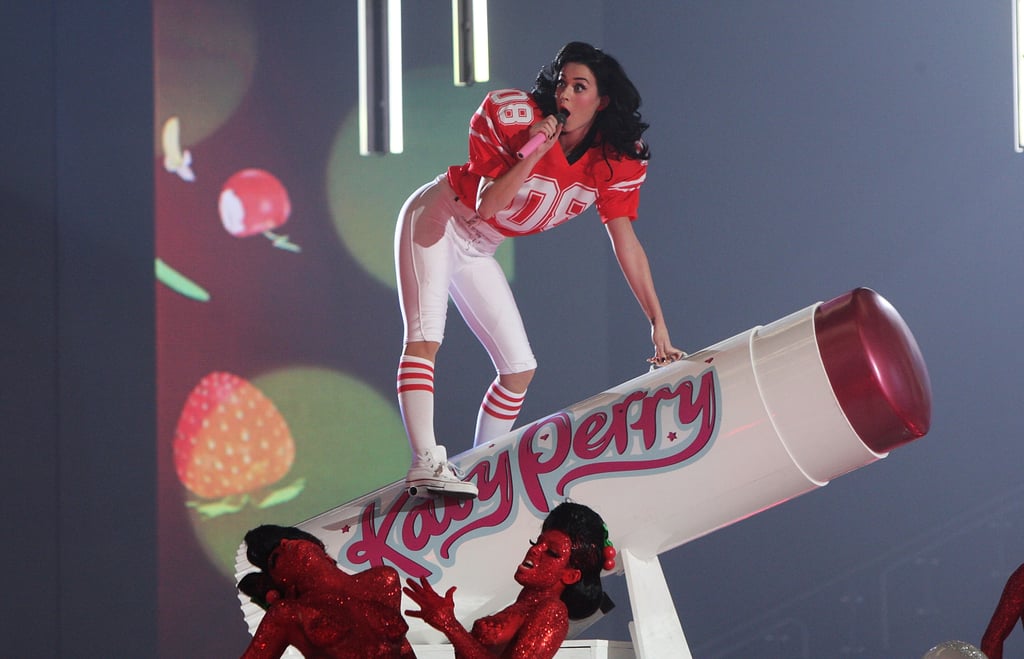 Katy Perry Kissed a Girl and Rode a Cherry Chapstick

Katy Perry rose to fame on a cherry Chapstick in 2008 thanks to her hit single "I Kissed a Girl" from album One of the Boys, bolstering her into the charts. The song reached number one in the Billboard Hot 100 with the album selling 7 million copies worldwide. After wrapping her Warped Tour the same year, Katy hosted the MTV Europe Music Awards (wearing an iconic Barack Obama dress, no less), winning the award for best new act.