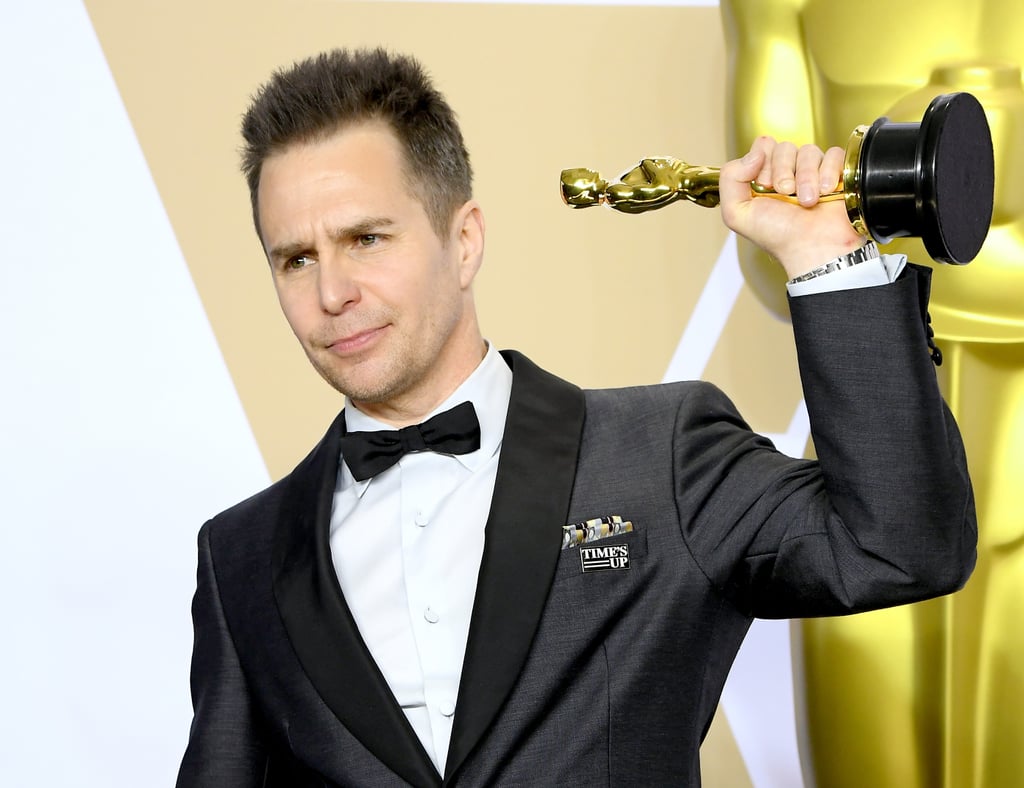 This guy is going to be all over the map in 2018! He's already starring in a new Disney movie called The One and Only Ivan alongside Angelina Jolie and Bryan Cranston. The film is an adaptation of the book by Katherine Applegate.

Rockwell will also team up with Taraji P. Henson for The Best of Enemies, a true-life race drama. According to The Hollywood Reporter, it "centers on the unlikely friendship between Ann Atwater (Henson), an outspoken black activist, and Claiborne Paul Ellis (Rockwell), a ranking member of the Ku Klux Klan, both of whom lived in Durham, N.C., in the turbulent 1960s civil rights era.

But wait, there's more! We can also look forward to a comedy called Blue Iguana that stars Rockwell, Ben Schwartz, and Phoebe Fox. According to Deadline, we can expect a release date in the back half of 2018.

And finally, Rockwell is also portraying George W. Bush alongside Christian Bale in a new biopic titled Cheney. And yes, it's about our former Vice President, Dick Cheney.