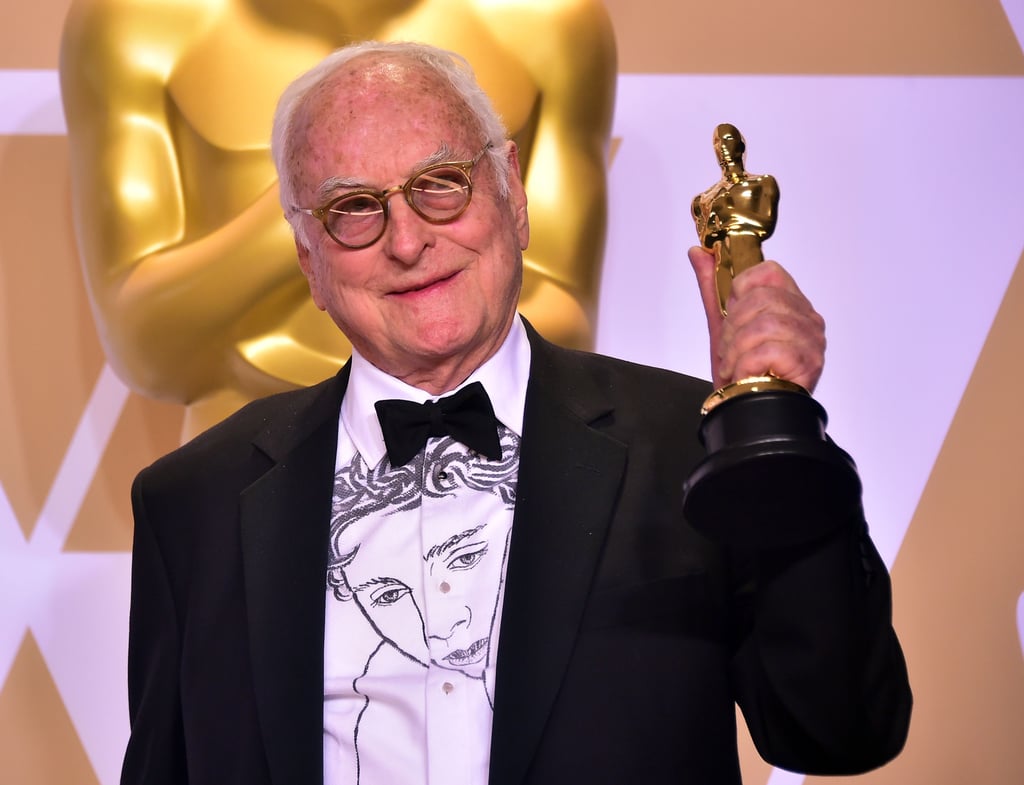 Ivory may have written the award-winning screenplay for Call Me By Your Name, but he's stepping into other roles in the future. He'll serve as an executive producer on two upcoming projects. One is a Henry James adaptation called The Aspern Papers, starring Jonathan Rhys Meyers and Joely Richardson. The other is a drama thriller called Andorra, starring Guy Pearce and Vanessa Redgrave.

In a recent interview with The Hollywood Reporter, Ivory also revealed he's trying to find financing for an on-screen adaptation of Shakespeare's Richard II. "I've been working on Richard II now for five years," he said, "and haven't been able to pin down anybody willing to finance it."

Oscars
Work That Dress! Vanessa Hudgens Is Having More Fun Than Anyone Else at the Oscars Afterparty
by Macy Cate Williams 10/2
Latest Celebrity and Entertainment