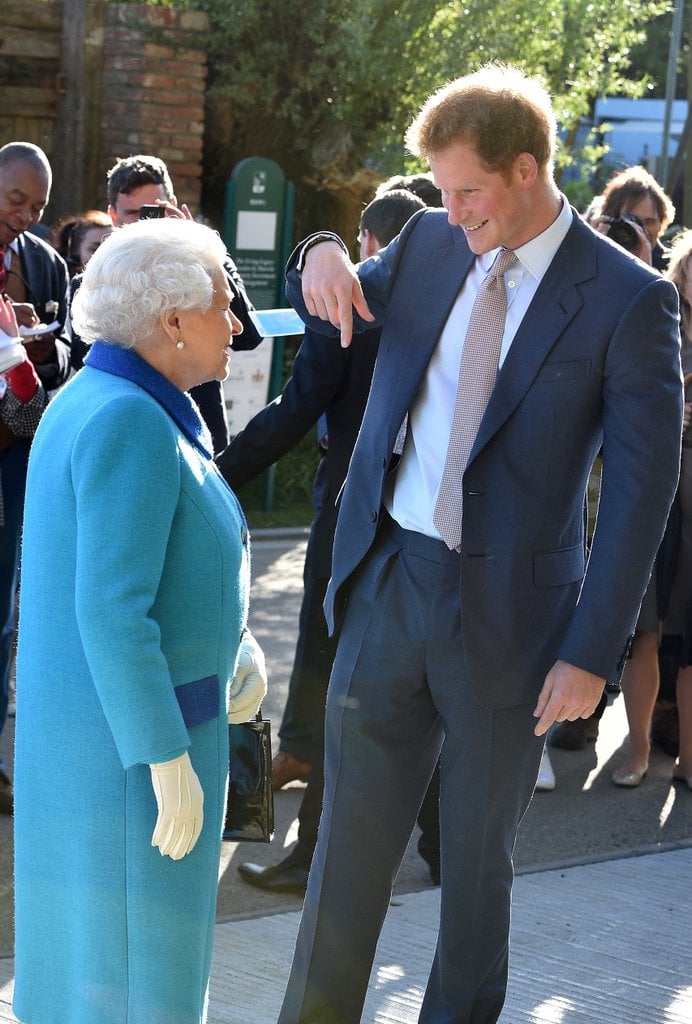 Prince Charles and Princess Diana's second child has a unique bond with the queen. When Diana died in 1997, Elizabeth protected him and William from the press by "deliberately removing the newspapers" so they "didn't know what was going on." However, when Harry was asked to describe their dynamic in a 2016 interview, Harry said he still views Elizabeth "more as the queen" than his grandmother.