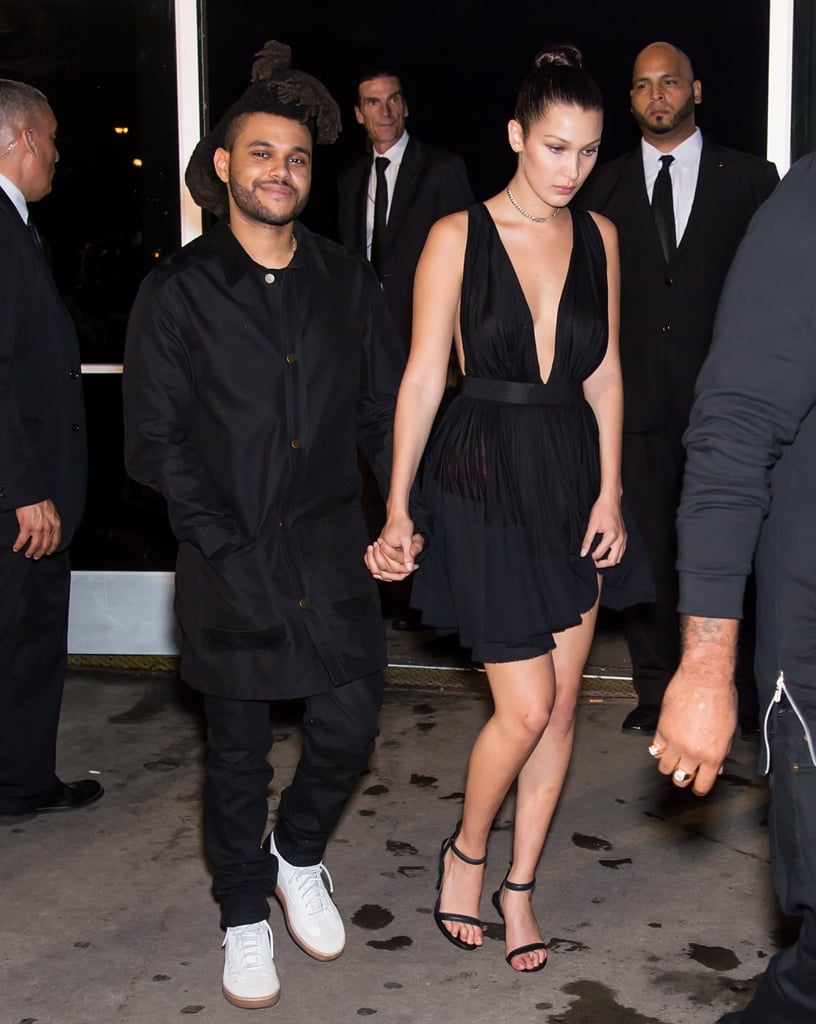 Bella and The Weeknd began quietly dating in April 2015, but it wasn't until five months later that they finally took their romance public. The two were spotted out on a date at Up and Down nightclub in NYC, and days later, they were seen leaving Alexander Wang's fashion show hand in hand.