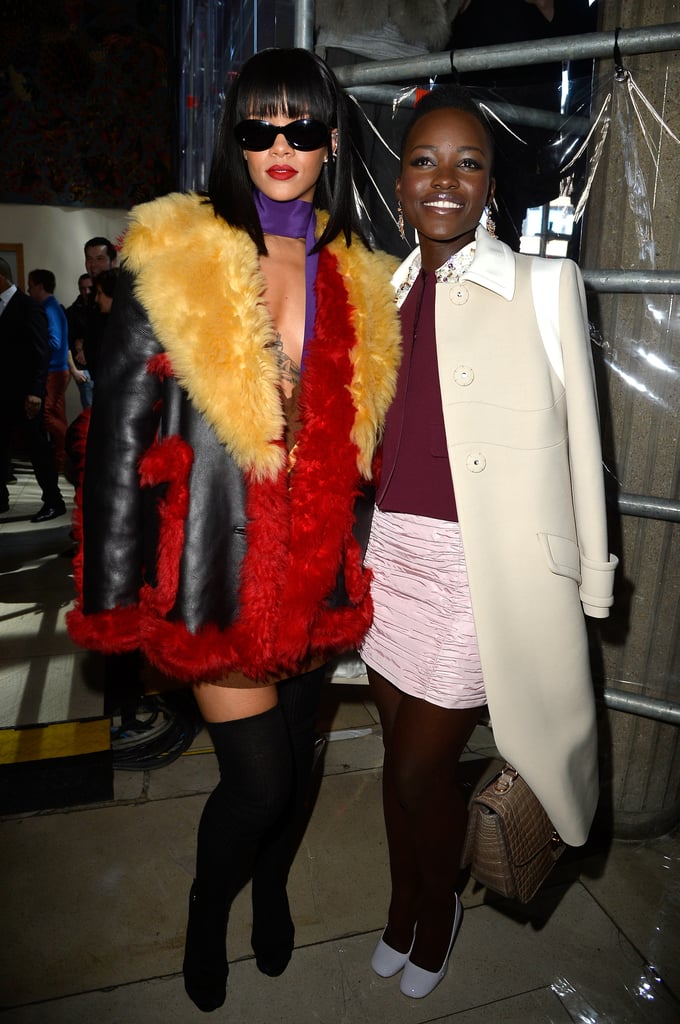 It's likely that Rihanna first met Lupita during Paris Fashion Week back in 2014, since that's the first time we ever saw them together. However, we also caught them snapping selfies at the 2017 Met Gala, and their friendship was at the center of an imaginary movie script when a photo of them sitting front row at a fashion show made the rounds on Twitter in April 2017.