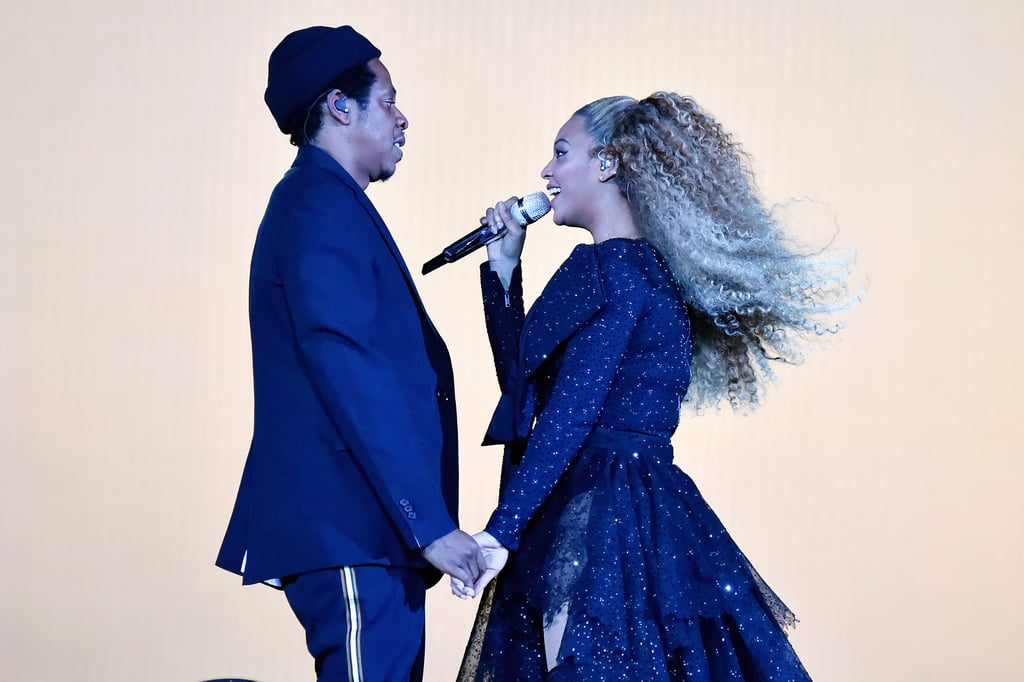 In addition to boasting about his ability to make crowds go "apesh*t" at concerts, JAY-Z confirms reports that he turned down an offer to play the Super Bowl LII halftime show on the second track. "I said no to the Super Bowl, you need me, I don't need you / Every night we in the end zone, tell the NFL we in stadiums too," the father of three gloats.

He doesn't stop there, though. JAY also takes aim at the Grammys for their history of snubbing the Carters. "Tell the Grammys f*ck that 0 for 8 sh*t / Have you ever seen the crowd goin' apeshit? (Rah!)," he raps making reference to this year's ceremony where the 4:44 rapper was nominated for eight awards — the most of the night — but took home zero.