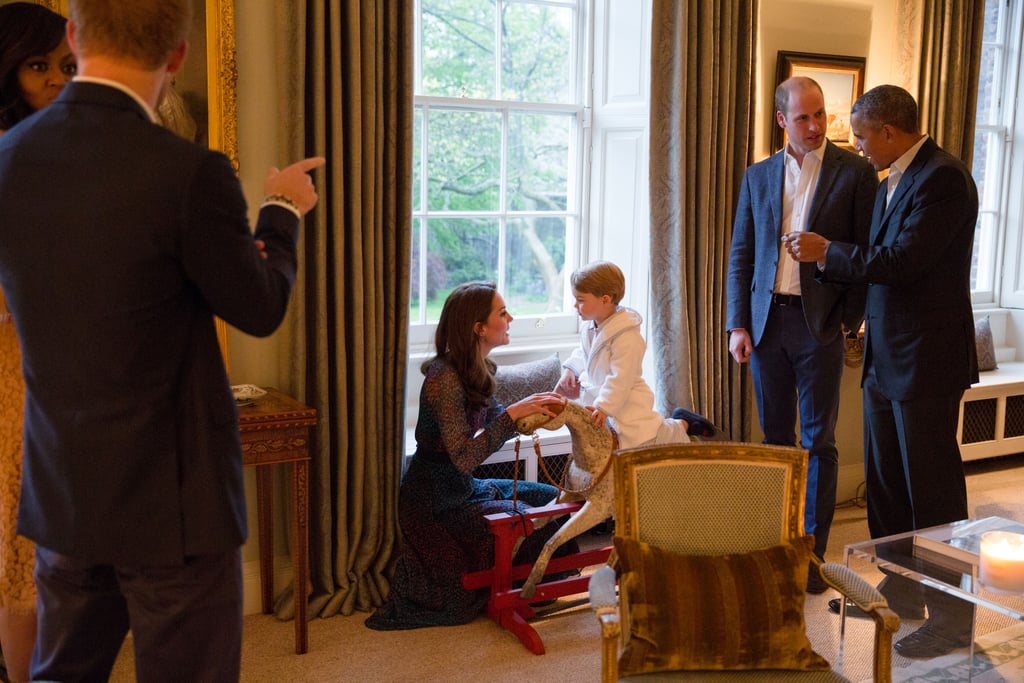 Kate and Will officially moved into apartment 1A full-time after spending a few years living the country life at Anmer Hall on the queen's Sandringham Estate. It may have been Kate's first time living there, but Kensington Palace was actually where Will grew up and where his late mother, Princess Diana, lived after her divorce until her death in 1997. Before that, apartment 1A was also Princess Margaret's living quarters.

Another royal live-work space, Kate and Will's apartment has served as a fun meeting spot for famous visitors like Michelle and Barack Obama, seen here in April 2016 with Will, Kate, Prince George, and Prince Harry. And being on the grounds of Kensington means having plenty of royal neighbors around, including the queen's cousins the Duke and Duchess of Gloucester, the Duke and Duchess of Kent, and Prince and Princess Michael of Kent.