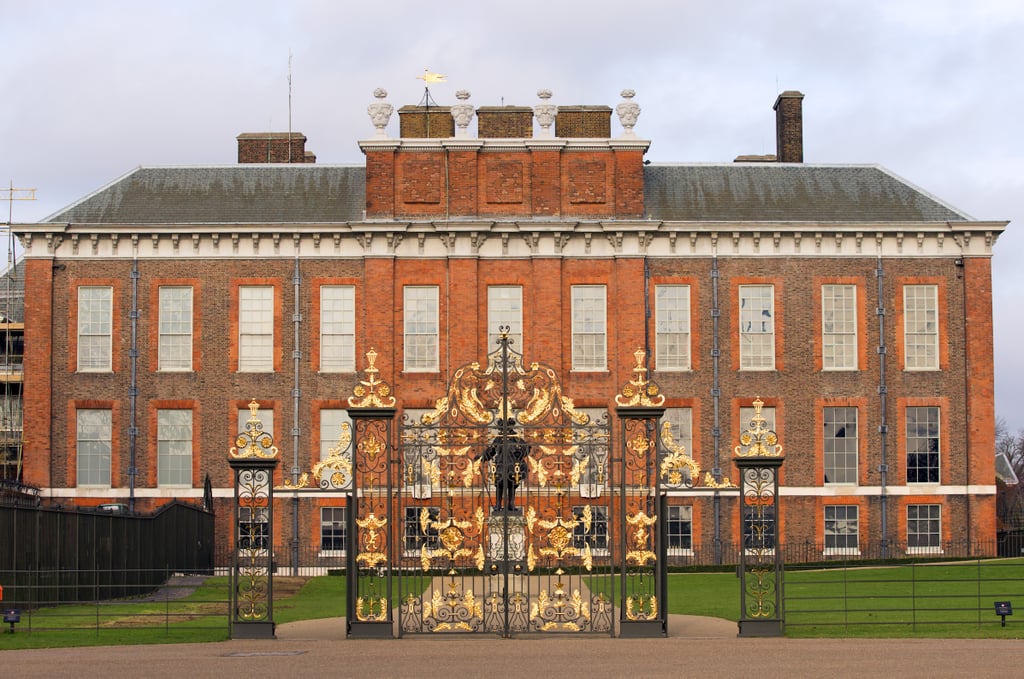 Much like Buckingham, the 17th-century Kensington Palace is also steeped in history. The queen's grandmother, Queen Mary, was born there in 1867, and it's where Prince Philip stayed in 1947 before marrying Elizabeth. Princess Margaret and Anthony Armstrong-Jones moved into Apartment 10 after their wedding in 1960, and Princess Diana moved into the combined Apartments 8 and 9 at Kensington after marrying Prince Charles in 1981.

Diana was only 20 years old at the time, and was given the fun task of redecorating three floors of rooms with the help of an interior designer. It was where she and Charles brought both of their sons home from the hospital, and even after their messy divorce, Diana was allowed to keep her apartment at Kensington as "a central and secure home" for her and her boys. Upon Diana's death in August 1997, mourners from around the world placed flowers and notes outside the palace that eventually stretched five feet deep. Her funeral was held a week later, and the procession began outside of Kensington Palace, leading through the streets of London and ending at Althorp, where she was laid to rest.