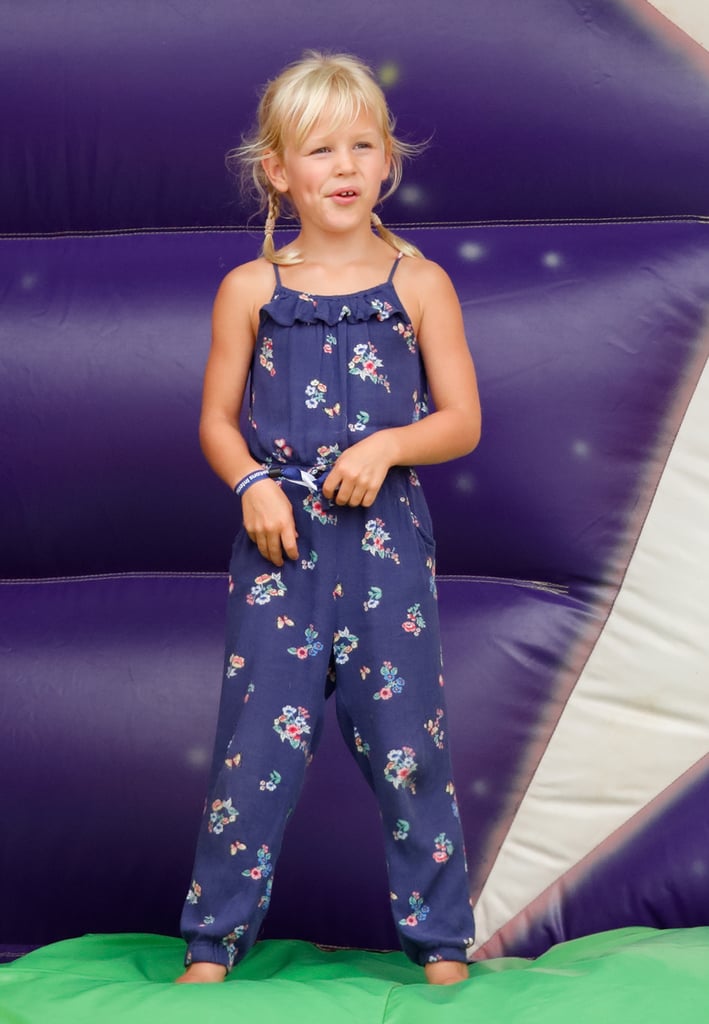 Savannah's younger sister, Isla Elizabeth, was born in March 2012. Like her sister, Isla doesn't hold a royal title, and is currently 16th in line for the throne. While we often get to see Isla out and about at royal events with her cousins — most recently, she joined them as a bridesmaid at Princess Eugenie's wedding — she seems to have a more low-key personality than her older sister, who can usually be seen goofing off and cracking up the other royal kids. Fun fact: Isla is one of three of the queen's great-grandkids who have "Elizabeth" as a middle name, in tribute to Her Majesty.