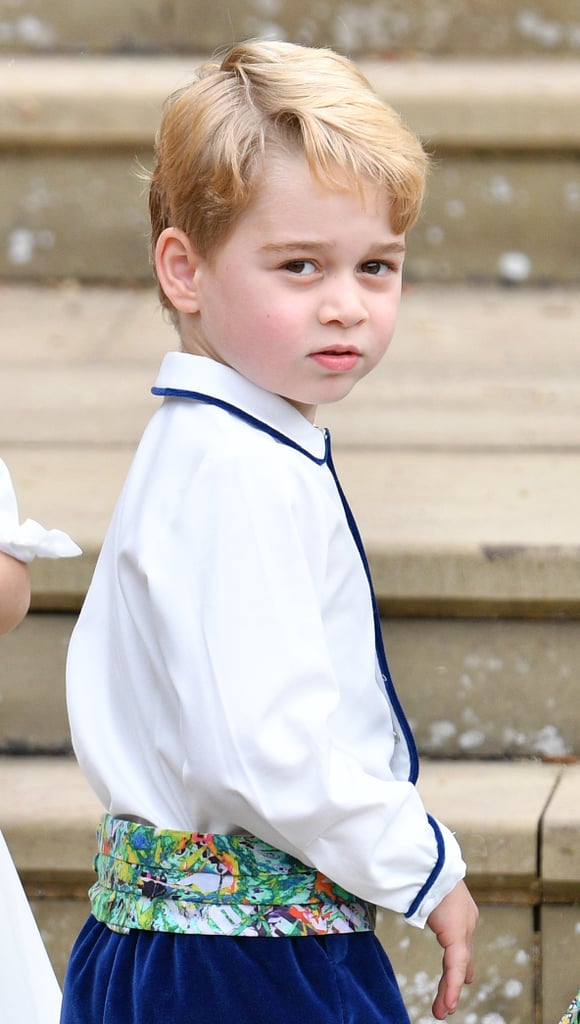 George Alexander Louis was born in July 2013, and is third in line to the British throne after his grandfather, Prince Charles, and dad, Prince William (his mom, of course, is Kate Middleton). We've gotten a lot of insight into George's personality over the years, and by most accounts, the future king of England is independent — "George likes to go off and do his own thing," People has reported — and decidedly shier than his younger sister, Charlotte. Apparently, it takes George "a little while to warm up, but once he's comfortable with you, he's very chatty and charming."