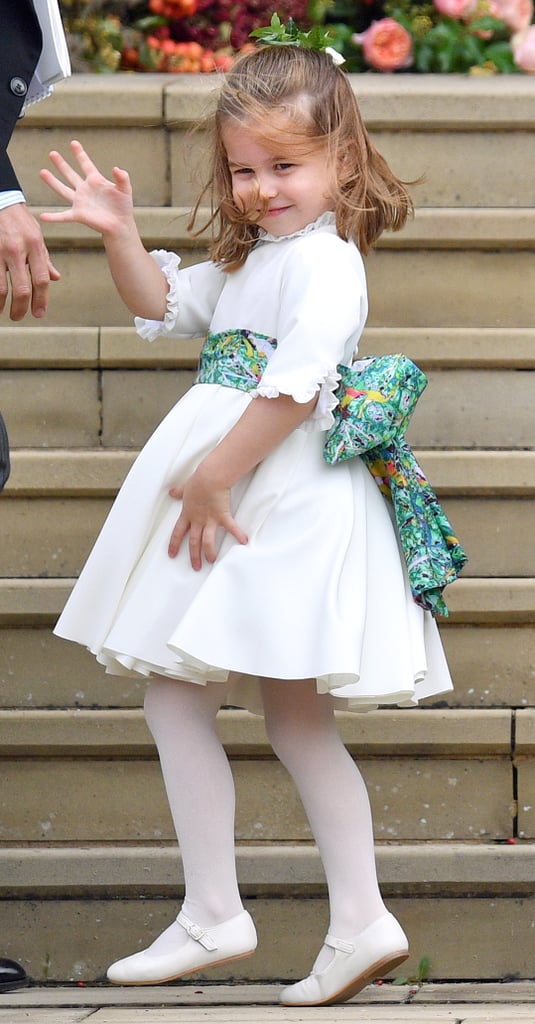 Charlotte Elizabeth Diana was born in May 2015, and we'd bet that the royal family hasn't been the same since. Even at 3 years old, Charlotte already has no problem posing for photos — has any royal kid mastered the wave faster? — and doesn't mince words with the press (just see this savagery from her baby brother's christening).

In her short time on Earth, Charlotte has also become quite the sought-after wedding guest: so far she's been the standout at four different ceremonies, filling roles as a bridesmaid and flower girl. Recent reports also shed light on the little one's "very bubbly" personality. She apparently enjoys ballet, the color pink, and hosting visitors at the palace. Watch out, world.