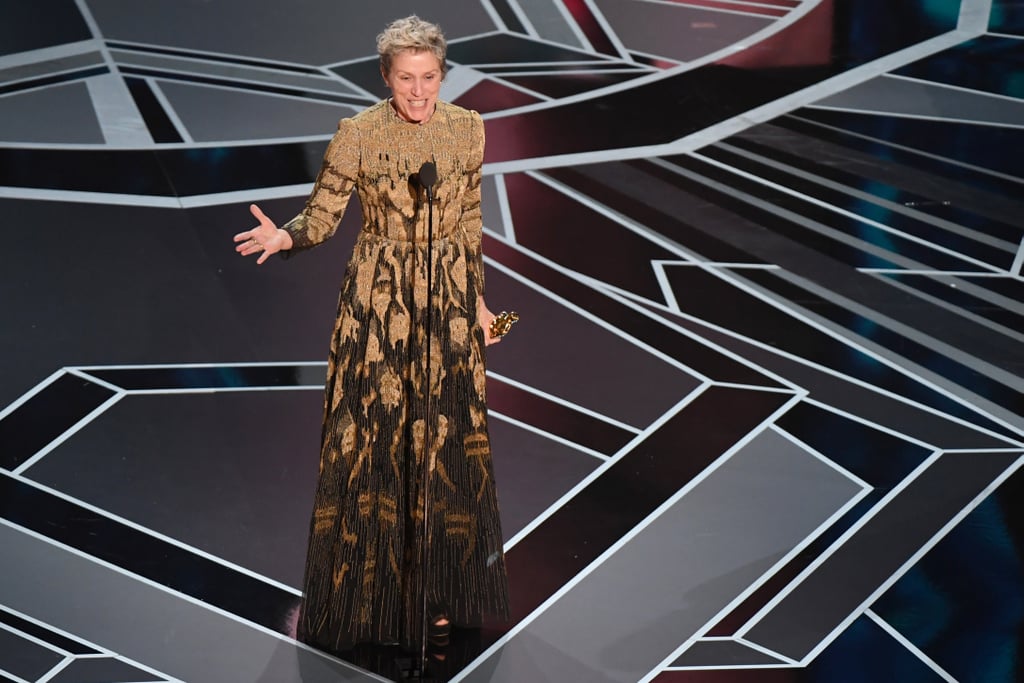 The first award season following the October 2017 exposé on Harvey Weinstein (and the floodgates it opened) kicked off in January, and did women show up and stand up for the #MeToo movement? Hell yes they did. The Golden Globes set the tone when attendees wore black as a somber symbol against sexual harassment in the industry, and many of the gowns and tuxedos would later be auctioned off to benefit the Time's Up Legal Defense Fund.

Men and women sported Time's Up pins throughout the remainder of award season, and the inspiration only amplified during stars' acceptance speeches. Frances McDormand brought women to their feet when she defended inclusion riders as she accepted the Oscar for her performance in Three Billboards Outside Ebbing, Missouri. Oprah Winfrey delivered a must-watch speech and had everyone nodding as she said, "I want all of the girls watching here now to know that a new day is on the horizon."