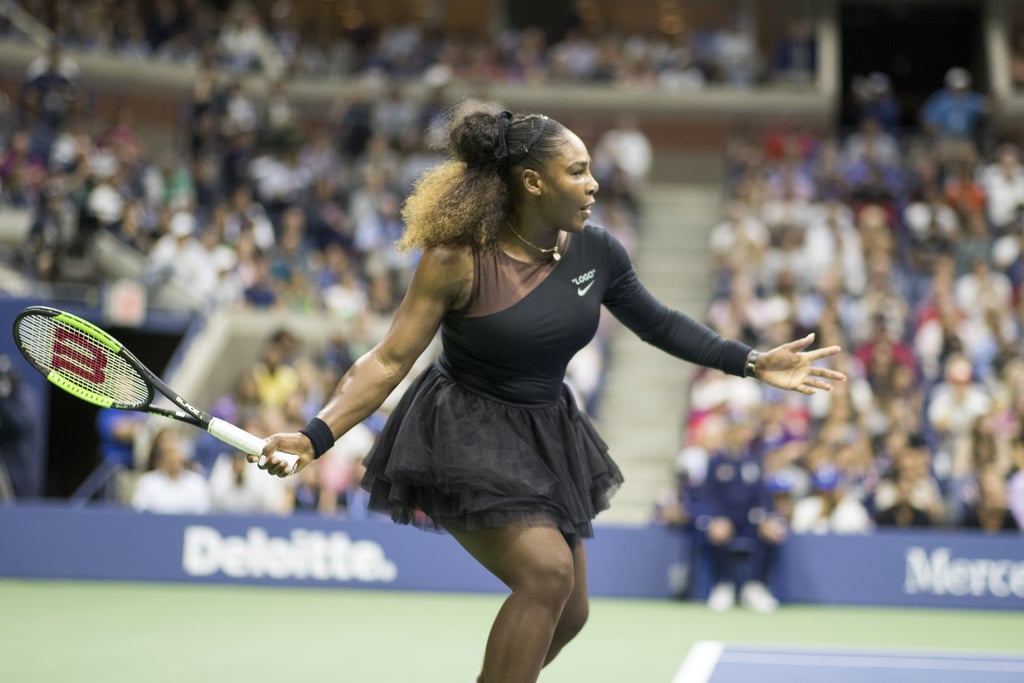 Women Lifting Each Other Up in Sports

After opening up about her near-death labor experience, Serena Williams was back and ready to conquer at the 2018 tournaments. Fans across the globe rallied as her dominant return reinstated her legacy as one of the greatest athletes in the world, but it didn't come without its challenges. Following Serena's first grand slam of the year at the French Open in May, she was banned from wearing her custom Nike catsuit in following tournaments. Even without her "superhero outfit," Serena collaborated with Off-White founder Virgil Abloh and Nike to create a line of badass tutu ensembles, which she wore during the US Open. Although she lost to 20-year-old Naomi Osaka and faced violations for illegal coaching, breaking her racket, and verbal abuse against the referee, Serena took the setback as an opportunity to bring attention to the unequal treatment of male and female tennis players.

With tennis legend Billie Jean King defending Serena and thanking her "for calling out this double standard," it was clear the conversation surrounding gender equality in professional sports was far from over. It was also earlier this year that many former Team USA gymnasts came forward to give victim statements at the sentencing of the team's longtime doctor Larry Nassar, who pleaded guilty to charges of child pornography and sexual assault in 2017. At the 2018 ESPY Awards, 141 "sister survivors" received the Arthur Ashe Courage Award for raising awareness about the brutal crimes their coach committed against them. Aly Raisman's bravery and determination were at the center of the movement, and she even used her voice to support survivors in the annual Sports Illustrated Swimsuit Issue.