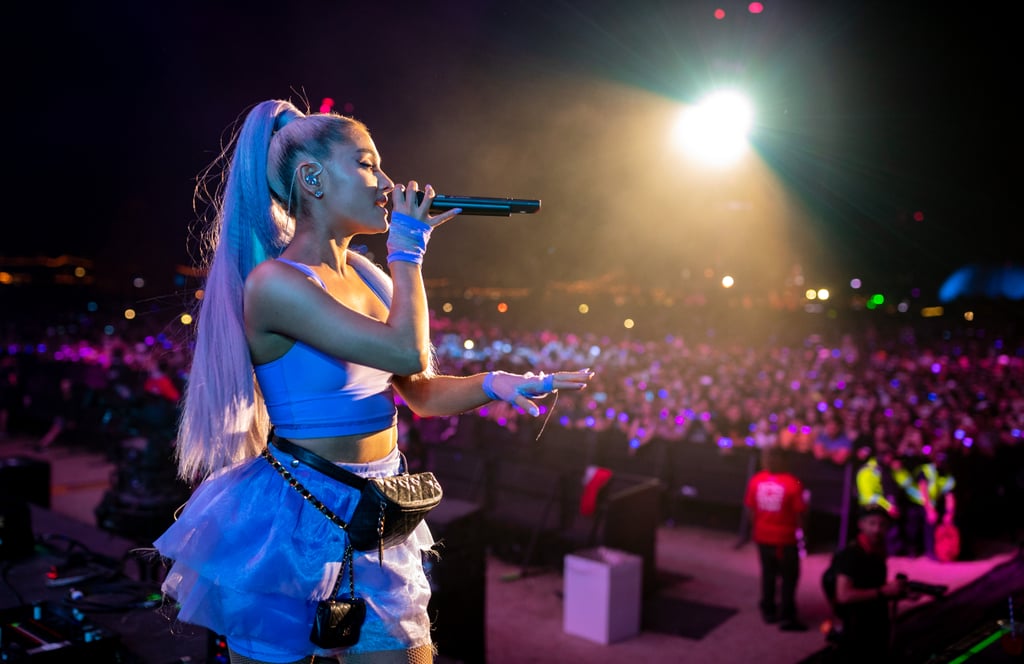 Ariana's return to social media and music was definitely an emotional one. The singer hadn't released new music since shortly before the 2017 Manchester bombing attack during her Dangerous Woman tour. The release of "No Tears Left to Cry" in April was the perfect way to start off her Sweetener era — an uplifting summer anthem that encouraged moving on and doing better for yourself despite the disorientation that occurs in life. To top that off, Ariana gave a surprise performance at Coachella later that month, where fans got to hear the new single live for the first time.