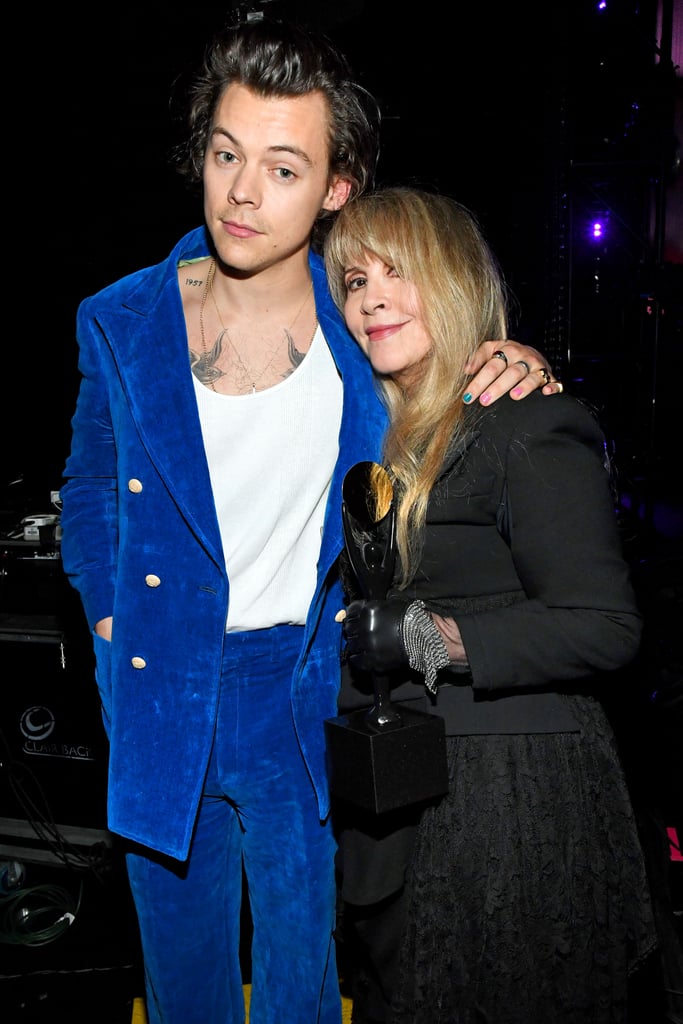 Harry and Stevie forged a friendship after the two met at a Fleetwood Mac concert in 2015, and the two have not stopped gushing about each other ever since. In March 2019, Harry helped induct Stevie into the Rock and Roll Hall of Fame by giving a heartwarming speech, in which he called her one of his musical heroes.

"In my family we listened at home, we listened in the car, we listened wherever we could. 'Dreams' was the first song I knew all the words to, before I really knew what all the words meant. I thought it was a song about the weather. But I knew it was a beautiful song about the weather. I always knew the words and I love them all," Harry said. "She is more than a role model — she's a beacon to all of us. Whenever you hear her voice, life gets a little bit better. When she sings, the world is hers, and it is yours. She is everything you've ever wanted in a lady, in a lover, in a friend."

Women of Color
25 Michelle Obama Quotes to Make You Feel Powerful, Motivated, and Ready to Conquer
by Brea Cubit 3 weeks ago

Mulan
The Cast of Mulan Looked So Regal at the World Premiere, We Have No Choice but to Bow Down
by Monica Sisavat 11/3