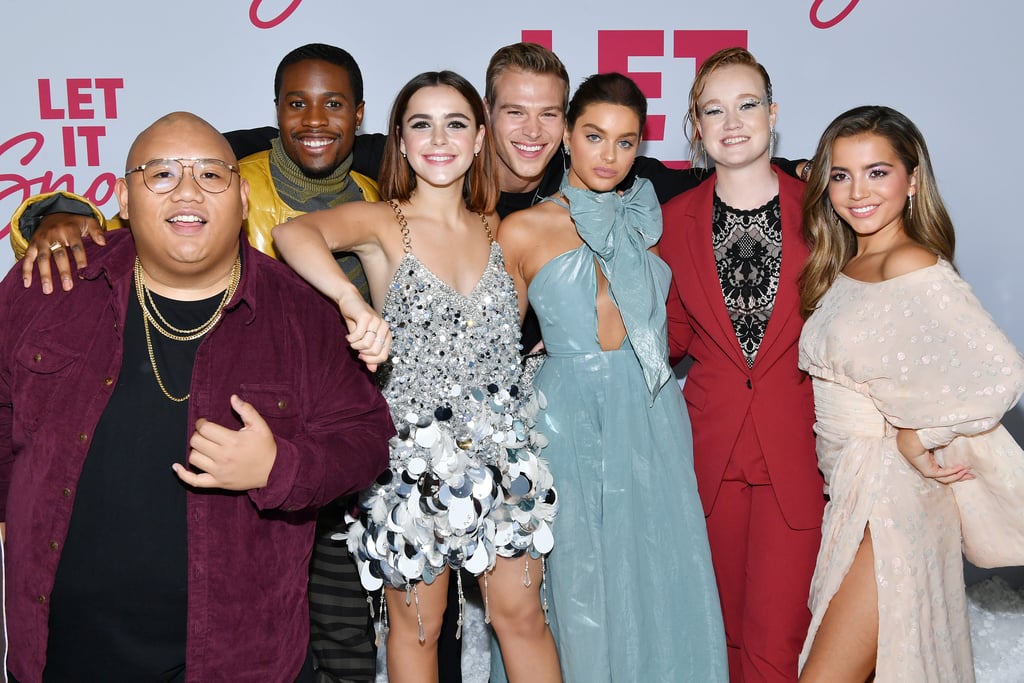 The Cast of Let Is Snow at the Premiere

Netflix's Let It Snow hasn't even come out yet, but I'm already obsessed with the cast. On Monday night, the stars joined together for the film's premiere at The Grove in LA. Kiernan Shipka, Jacob Batalon, Shameik Moore, Matthew Noszka, Odeya Rush, Liv Hewson, and Isabela Merced looked quite cozy as they huddled up for a group photo before striking some silly poses together.

Just like the film's photocall earlier this month, the premiere was transformed into a Winter wonderland complete with fake snow on the red carpet. The cast even got into the holiday spirit by posing in front of a snowflake backdrop at the afterparty. See more pictures from the premiere ahead before the film hits Netflix on Nov. 8.