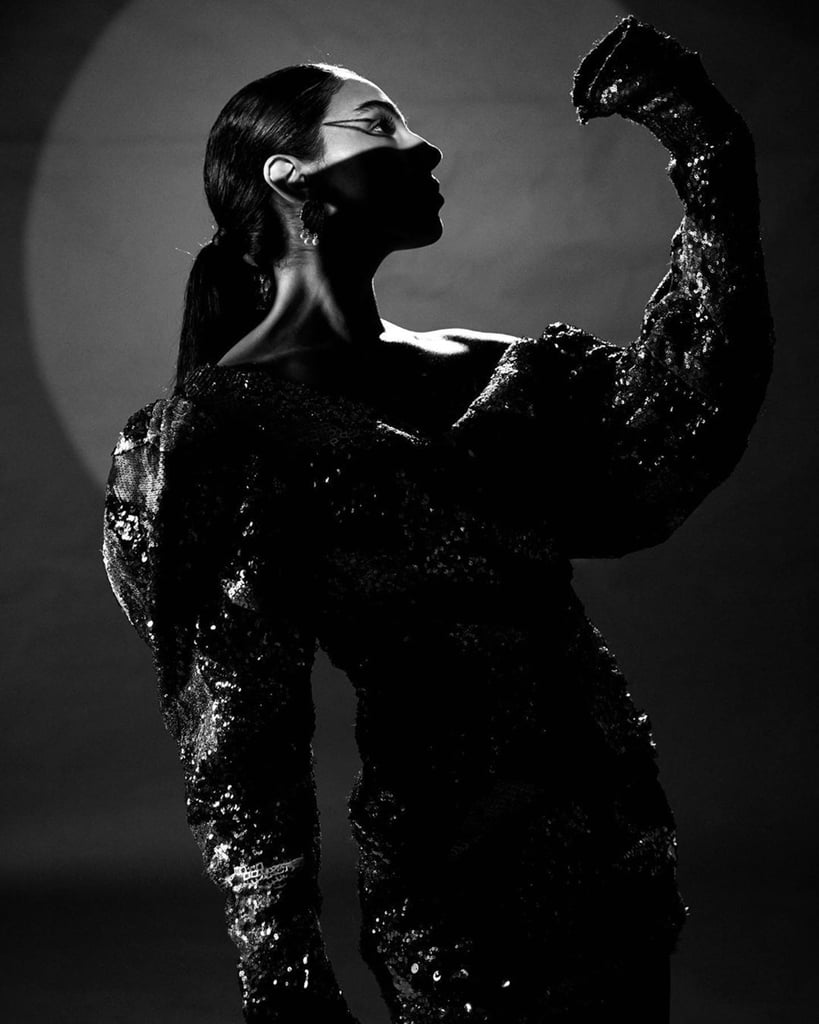 With an acting career that has seen her grace big and silver screens across the globe, a modeling career that has seen her walk countless runways, land coveted beauty campaigns, and front numerous magazine covers, keeping up with Egyptian actress, Salma Abu Deif could prove to be a difficult task to do. But it is one that more than 1.5 million Instagram fans and millions more across the world, love to do.

To better understand the fierce film and fashion force, we sat down for a virtual chat with the 26-year-old actress, to discuss first loves, passions, and fashion.

After breaking out into the fast-paced world of film in 2017, Salma has gone on to star in a number of critically acclaimed films and TV series. Speaking on her love of the art form, the Sheikh Jackson actress reveals that she views it to be a form of therapy and as a tool for learning. "I love watching movies. Be it, in my free time, when I'm feeling down, or even when I'm happy. I love how movies can transport you to another world and how, most of the time, it touches on things happening in real life," she explains. Adding: "Watching movies helps me learn. It also helps my career as I learn from the actors and actresses on screen. I always feel incredibly inspired whenever I watch films."

As for her favorites, the star, who credits Meryl Streep, Helena Bonham Carter, and Julia Roberts as her onscreen inspirations, confesses that films such as The Godfather, Cinema Paradiso, and Saghira Ala El-Hob (Too Young for Love) hold a very special place in her heart.