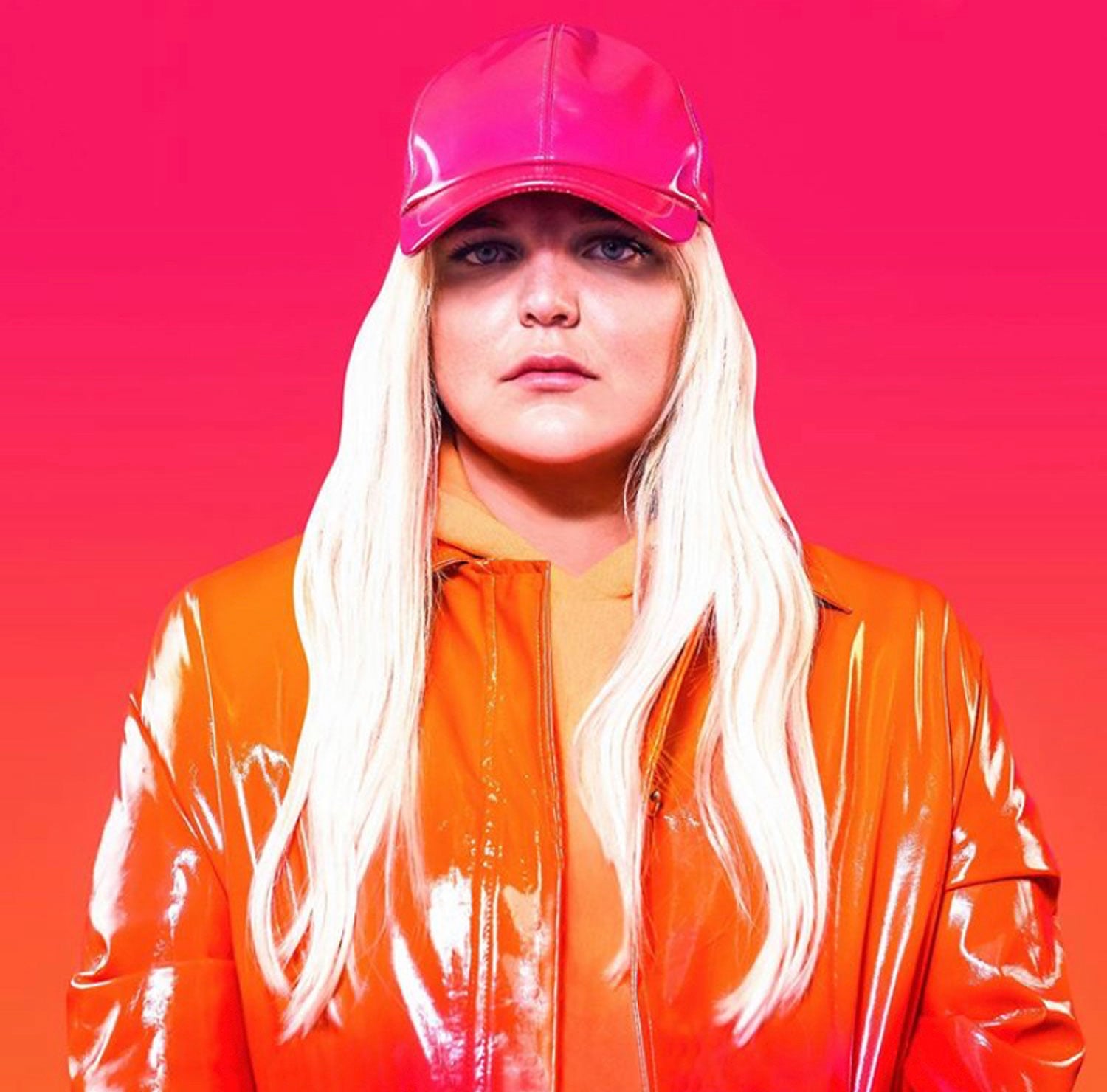 When it comes to overnight sensations, few can say that they have experienced what Toni Watson, better known as Tones and I, has. In just a little over 18 months, the Australian singer has gone from busking in Byron Bay to becoming a household name in her own right.

With songs like "Dance Monkey", a dance track that has, since its release in June of last year, scored over one billion views on YouTube, to her latest track "Ur So Cool", a record that discusses how it truly feels to attend the "popular" kids party, the self-proclaimed outcast has had to learn what many take years to discover and achieve, in just a matter of months.

Here we talk to the star about what being cool means to her, her upcoming album, social anthems, and how she's managed to stay grounded after achieving massive success in such a short period of time.

Hi Tones, thank you so much for taking the time to talk to us. Can you tell us a bit about the album? When is it coming out?
I'm hoping it will be out in August. I'm very excited. To be honest, I'm also a bit scared. I just don't want to feel like I've been put into a box because people like my song. I love anyone that supports me, but it's really important to me that people don't try to put someone in a box when they've only released six songs.

We're sure that you won't be put in a box, each of the six songs that you've released are very different. Can you tell us more about them?
Some songs on the album have brass instruments and some songs have a big choir in them. There are so many things that I've learned, and so many things that I'm not scared to talk about anymore. These include relationships that I've had and brought back up, to sing about as well as things that have frustrated me over the last year and a bit. It's not always been rainbows and butterflies for me – at all. I've had incredible highs and lows. I think I do address some of it in this album. There are some powerful and positive tracks, and some are a bit more raw and vulnerable. For example, "Can't Be Happy All the Time" is slower, softer. "Dance Monkey" is upbeat and fun. "Bad Child" is very raw and is about my childhood. "Johnny Run Away" is about my best friend. Each song is different and unique in its own way. So, thank you for noticing that.

You mentioned having incredibly highs and lows, how have you been staying grounded with all that's happened so far?
Ever since March 1st of last year, when "Johnny Run Away" came out, my life has really changed. I've since travelled to 45 countries, attended massive events, and performed at some of the music festivals in the world. One of the main ways that I've managed to maintain an element of normalcy is spending time with my friends. Even if it's just a barbecue or playing games or catching up, I feel it's needed. I think that anyone who doesn't have a support system or that element of normalcy really needs it. Because without it, it's only a matter of time until you go under.

Another thing that I've been doing is playing basketball. I used to play a lot when I was younger. In fact, one of my first jobs was being a basketball referee. I've also recently started running again. I try to do something that's so incredibly challenging that it just takes me out of my head so that there's nothing I can focus on besides being in that moment.

Can we quickly talk about "Dance Monkey" the song is huge, and it's still growing!
The funny thing about "Dance Monkey" is that I was performing it for about eight months before I recorded it. Then once I recorded it, it just blew up. I was in an angry place when I wrote it. I replaced the word "sing" with "dance" because the lyrics are actually about things that people would say or shout at me while I was busking. Once I wrote it all down, I wasn't angry anymore. Writing for me, is really such a great way to express my emotions. And, I'm completely fine with it being a dance track. I enjoy hearing people sing along to it and dancing to the beat.

Your song "The Kids Are Coming" speaks a lot to what is currently happening in the world right now. How do you feel about people referring to it as an unofficial anthem?To be honest, when I wrote the song, I wasn't writing it for anybody. It wasn't supposed to be a sort of social anthem or anything. If people find that they relate to it, then that's great, but at the time of writing it, it wasn't something that I had in mind.

Your latest hit "Ur So Cool" has been playing on repeat, can you talk us through what the song means to you?
I've always felt like an outcast, even now. It's weird. I'm now invited to these "cool" parties and, to be honest, no one is really having fun. The only people that are, are those who are talking about their accomplishments, and the things they have, as well as the things they do. Then there are so those who are just so bored and so self-conscious that they can't get out of themselves to have a good time – that's what the song is about. I wrote the song after I attended one of these fancy parties, saw the dynamics, and after five minutes, I called an Uber and left. Now that I've seen both sides, I still believe that the best way to have a good time is by spending time with friends. To me, the coolest people are those who true to themselves.

Can you talk us through your writing process?
I don't really write my songs for anybody else. For me, it starts with a tune. I lay out my instruments, which usually consists of my keyboard and brass instruments. Once this song is finished, I add lyrics to it. The first line for me, is usually the most important, because it's the most impactful. I do it this way, because I find that it's easier to add emotion to a song once the actual instrumental part is done.

We've noticed that you haven't done any collaborations yet, why is that? Are you anti-collaborations?
I wouldn't say that I'm anti-collaborations. I've had a few offers for collaborations. Some of them were before "Dance Monkey" was even that big – like it was just released. The main reason why I haven't done any collaborations yet is because I wanted to prove something to myself. I wanted to take a little bit of time to prove that I could do stuff on my own, before I started to latch on the back of other artists. I want to see where my music can get me on its own first. So, I need to have a bit of faith in myself and, then I'll be open to it. For the album, we've finished 12 tracks so far and we have The Kids Are Coming, which is the name of EP that I released last year – that's a massive body of music. So, once the album is done and released, I will start looking at collaborating with artists on single tracks and looking for inspirations in other places. I've already worked with some amazing artists on some songs that will be coming out very soon.

OK, so if you could collaborate with anyone who would it be and why?
My dream collaboration has always been my favorite artist Macklemore. I think he's a great representation of an artist that can have both power and respect behind him, without throwing anyone under the bus to get there.

We think that you and Macklemore would create such a fun and powerful song. Aside from Macklemore, who are some of your favorite artists?
The artists that I like the most are the ones that have a passion for what they do and what they say, as well as those who have good lyrical content. One of the things I hate most is when artists put people down by saying things like, "I just ripped you to shreds with that line". I'm not into that and I don't have time for it. There's a way to be passionate and harsh, without killing other artists' careers. That's why I really love Macklemore. Look at everything he's ever written about. Look at his lyrical content, and the things he's done for himself. We already have enough hate in the world. So, it's really great to see someone lift people up and spread love.

What are your favorite songs to perform?
My favorite song to perform would be "Never Felt the Rain". It's so pure and raw. It's one of the more emotional songs on the album. And, I'd say "Dance Monkey" too.

Now that you're a household name, do you feel like you've made it?
You know, it's funny. When I was busking in Byron Bay, Australia, I felt like I had made it. I couldn't see myself singing for massive crowds or performing at international music festivals. I was happy, making enough money to buy food and having a place to sleep every night. So, I don't know if I feel like I've made it, because I've already done more than I felt possible. All I can say for now is that I'm incredibly excited for the album to come out. I'm also exciting about making new music and to perform again.

Tones and I's debut album is scheduled for release this August.