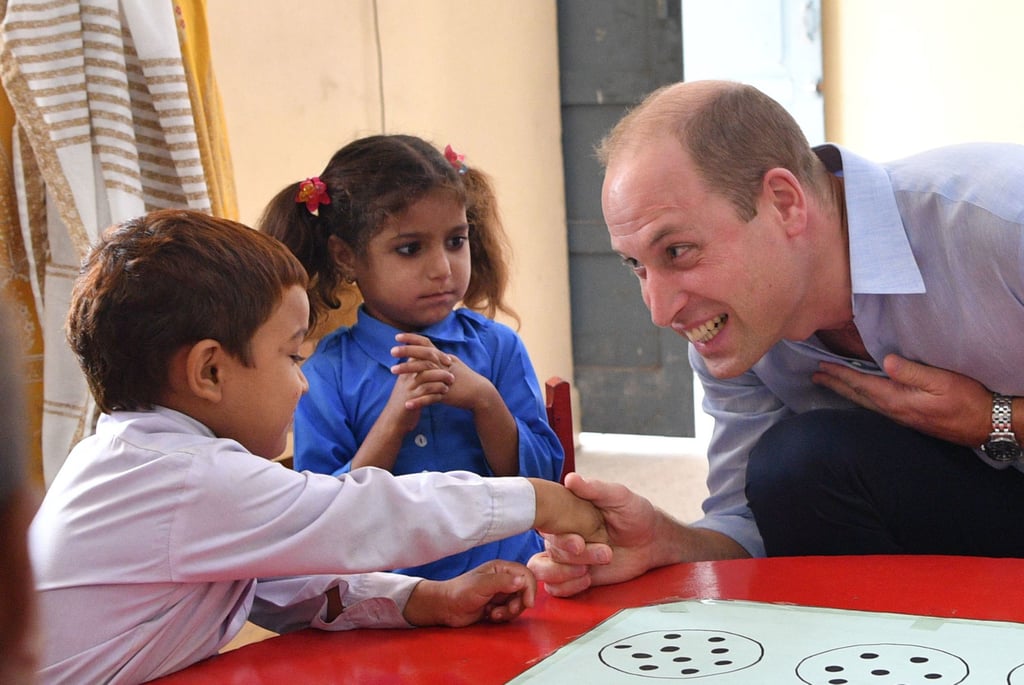 Prince William is remembering Princess Diana during his royal tour of Pakistan with Kate Middleton. On Tuesday, the duke of Cambridge visited the Islamabad Model College For Girls, where he bonded with a group of students over their mutual love for his late mom, Princess Diana. Fourteen-year-old Aima reportedly told Will that they were "big fans" of Diana, to which William replied, "You were, really? Oh, that's very sweet of you. I was a big fan of my mother too."

Diana — who died in a fatal car accident in August 1997 — famously visited Pakistan in the '90s, and the trip marks Will's first time in the country. "She came here three times. I was very small," Will said. "This is my first time, and it is very nice to be here and meet you all."

During Will and Kate's five-day trip, the royal couple will make several stops in Islamabad, Lahore, along the Western border, and in the mountains in the North.

Related:
These Photos of Princess Diana With Prince William and Prince Harry Make Us Want To Call Our Mothers
Previous Next Start Slideshow
Join the conversation
The British RoyalsPrince WilliamThe Royals
Latest Celebrity and Entertainment