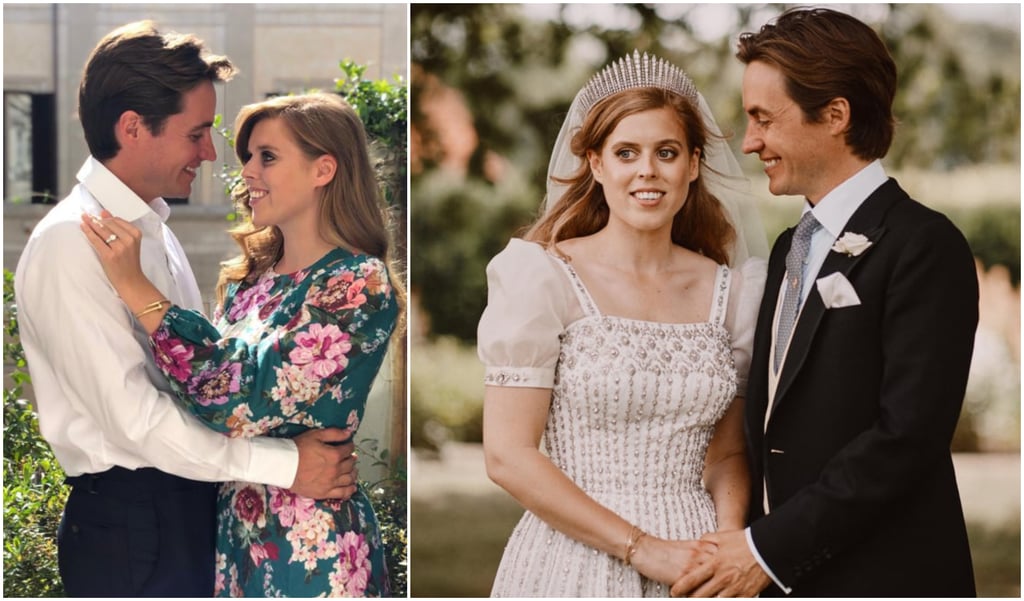 Princess Beatrice is married! The 31-year-old royal tied the knot with 37-year-old boyfriend Edoardo Mapelli Mozzi on July 17. After delaying their May wedding due to coronavirus concerns, the two said "I do" during a ceremony at The Royal Chapel of All Saints at Royal Lodge in Windsor in front of 20 of their closest family and friends, including Beatrice's grandparents Queen Elizabeth II and The Duke of Edinburgh.

The couple first announced their engagement by sharing a handful of cute photos taken by Beatrice's sister, Princess Eugenie, in September 2019. Beatrice and Edoardo started dating in September 2018, but it wasn't until six months later that they made their public debut as a couple at the Portrait Gala in London. While Beatrice is currently ninth in line to the British throne, the property developer is already kind of a royal, given that he's formally known as Count Edoardo Alessandro Mapelli-Mozzi. So basically, this is a match made in royal heaven. See Beatrice and Edoardo's cutest moments ahead!