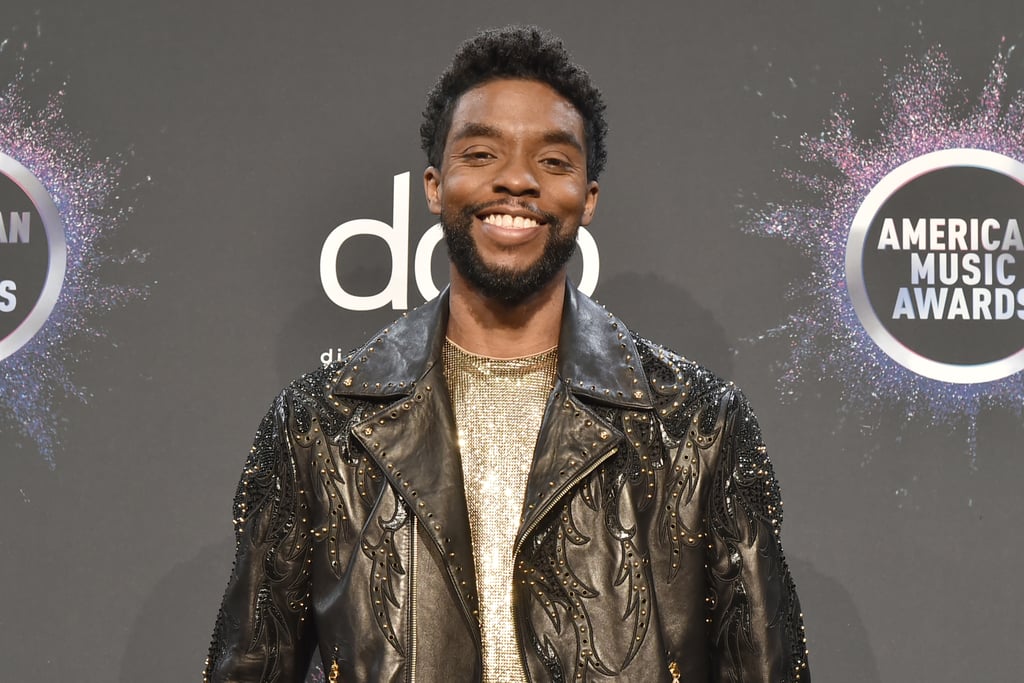 Stars Honor the Life and Legacy of Chadwick Boseman: "Thank You For Your Presence"

Hollywood is mourning the death of Chadwick Boseman, who died at the age of 43 after a four-year battle with colon cancer. The actor's family confirmed his passing in a statement on Aug. 28, saying, "Chadwick was diagnosed with stage III colon cancer in 2016, and battled with it these last 4 years as it progressed to stage IV. ⁣A true fighter, Chadwick persevered through it all, and brought you many of the films you have come to love so much." They went to list some of Chadwick's most memorable works, including Marshall and Da 5 Bloods, as well as Black Panther, which they noted "was the honor of his career." The statement continued: "He died in his home, with his wife and family by his side. ⁣The family thanks you for your love and prayers, and asks that you continue to respect their privacy during this difficult time."

Tributes from Chadwick's friends and co-stars have continued to pour in as loved ones reflect on the actor's impactful legacy. "This young man's dedication was awe-inspiring, his smile contagious, his talent unreal," Angela Bassett wrote in an emotional eulogy. Gabrielle Union shared a similar sentiment, writing, "Truly a gentleman superstar on screen and in life. Pure excellence and class and grace." Keep reading to see more of the heart-rending homages to Chadwick.