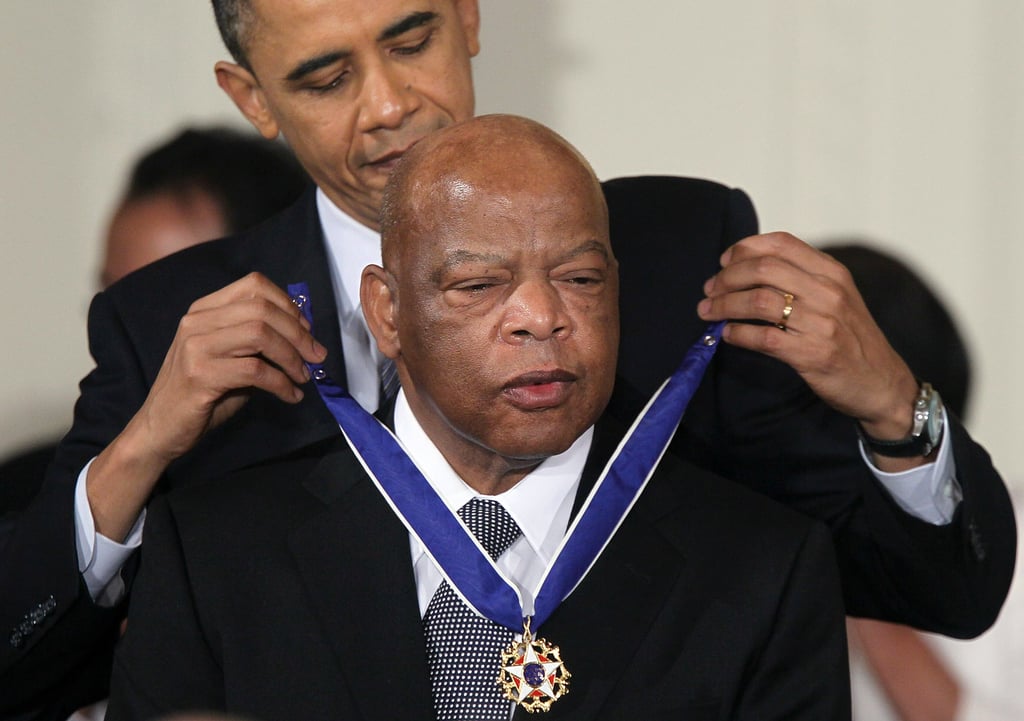 Celebrities and political figures are remembering the legacy of Rep. John Lewis after he died at age 80 on July 17. The civil rights leader, who was battling stage four pancreatic cancer, served as the US Representative for Georgia's Fifth congressional district since 1987 and played a pivotal role in the 1963 March on Washington alongside Martin Luther King Jr. He also helped introduce the 2019 Voter Empowerment Act, which supports equal ballot access for seniors, students, low-income Americans, Armed Services members, people with disabilities, and those who speak English as a second language. Recently, he commended Black Lives Matter demonstrators for fighting against racial injustice, saying, "It gives me hope that as a nation and as a people, we're going to get there. We're going to make it." Ahead, read some of the most powerful tributes to the social justice icon.