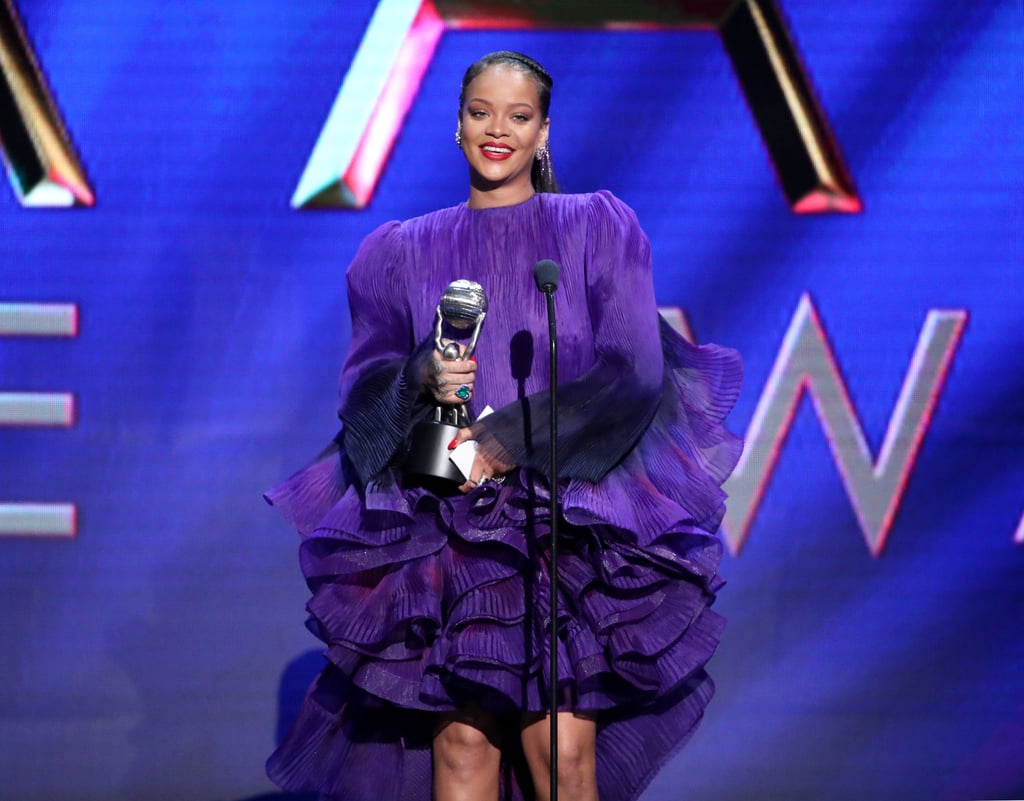 The NAACP Image Awards on Feb. 22 was full of memorable moments. One of the biggest highlights came when Rihanna took the stage to accept the President's Award, which she received for her philanthropic efforts. The 32-year-old mogul spoke about her nonprofit, the Clara Lionel Foundation. Named after Rihanna's grandparents Clara and Lionel Braithwaite, the organization helps fund global education and emergency response programs. "Tonight is not really about me because the purpose is bigger than me, right?" Rihanna said. "It's not bigger than us together, but it's bigger than me, because my part is a very small part of the work that is being done in this world and the work that is yet to be done."

She went on to call for unity in social action. "If there's anything I've learned, it's that we can only fix this world together," she continued. "We can't do it divided. I can not emphasize that enough. We can't let the desensitivity seep in. The 'If it's your problem, then it's not mine.' 'It's a woman's problem.' 'It's a black people problem.' 'It's a poor people problem.'" She then encouraged everyone to make sure their allies are just as involved in fighting for equality. "When we're marching and protesting and posting about the Michael Brown Jr's and the Atatiana Jefferson's of the world, tell your friends to pull up," she said. Check out more photos from her special night ahead!