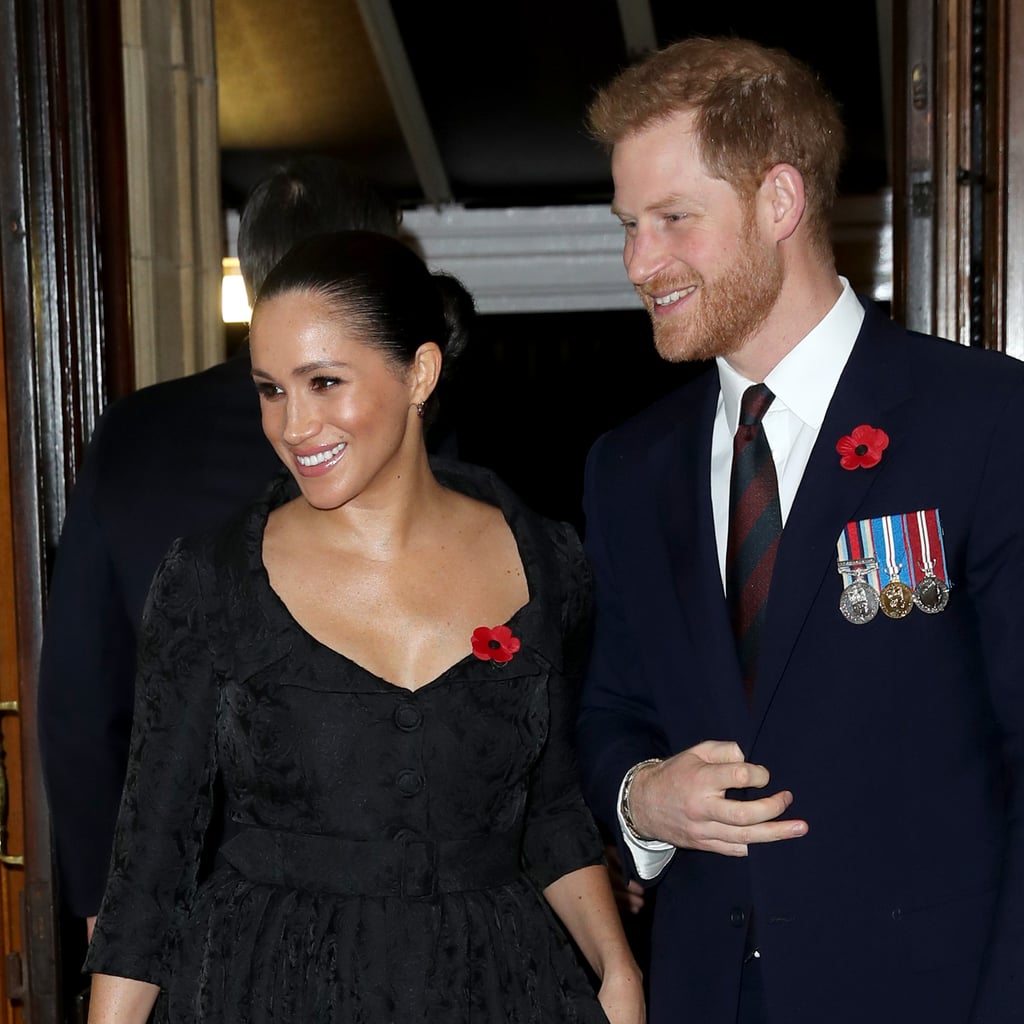 The Festival of Remembrance Brings the Royal Fab Four Back Together

The British royal family continued to pay their respects to servicemen and women on Saturday when they attended the Festival of Remembrance at the Royal Albert Hall in London. This year's event celebrated the 75th anniversaries of the great battles of 1944, paying tribute to the British, Commonwealth, and Allied armies who fought them. Just like last year, it was a royal full house at this important event, with Queen Elizabeth II joined by all four of her children and various members of their families, including the Duke and Duchess of Cambridge and the Duke and Duchess of Sussex.

Unsurprisingly, all eyes were on Prince William and Prince Harry, as this was their first royal engagement together since Harry's comments in a recent documentary confirmed they are "on different paths at the moment." Though their work may be taking them in different directions, there are some things guaranteed to bring them together, and an important event like this remembrance celebration is definitely one of them. Together with their wives, the princes, who have both served their country in the past, enjoyed a night of moving music and poignant tributes on the eve of Remembrance Sunday. Keep reading to see photos from the night.