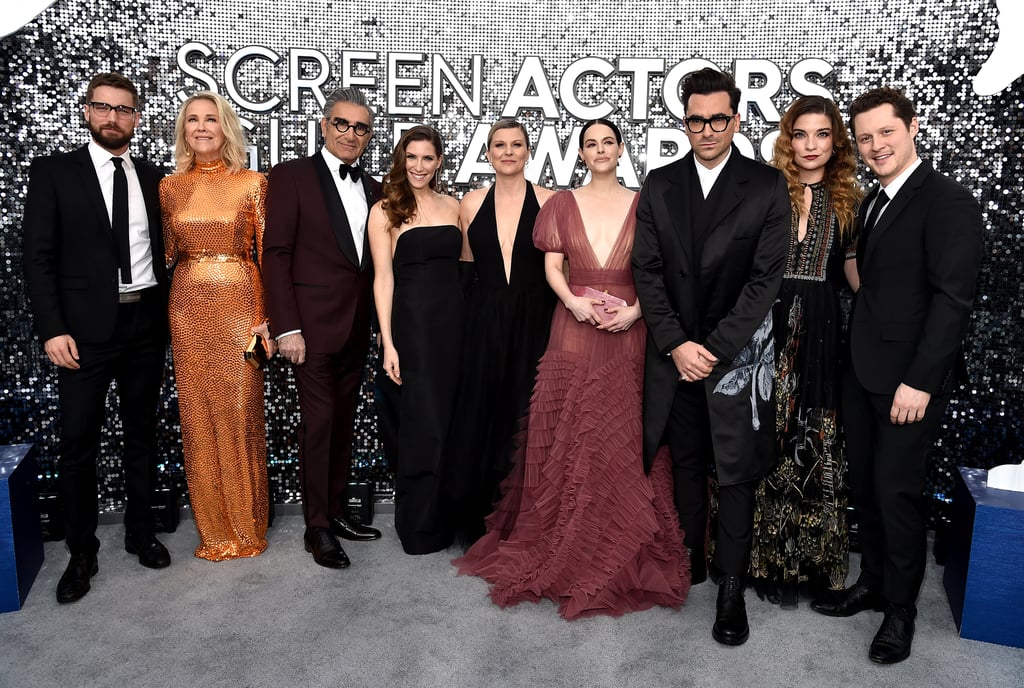 The Schitt's Creek Cast Hung Out at the SAG Awards, and I Love This Journey For Them

The Schitt's Creek cast were a long way from Rose Apothecary on Sunday night when they attended the SAG Awards in LA. Family members Dan, Eugene, and Sarah Levy, posed with their costars Catherine O'Hara, Annie Murphy, Emily Hampshire, Dustin Milligan, Jennifer Robertson, and Noah Reid, on the red carpet and appeared happy to be reunited a week after hitting up the Critics' Choice Awards.

Dan and Eugene helped to open up the show with a funny father-son bit, and while the cast didn't take home the award for best ensemble in a comedy series, they were in good spirits as they enjoyed the show together. Ahead, check out a few of our favorite pictures of the cast at the SAG Awards.