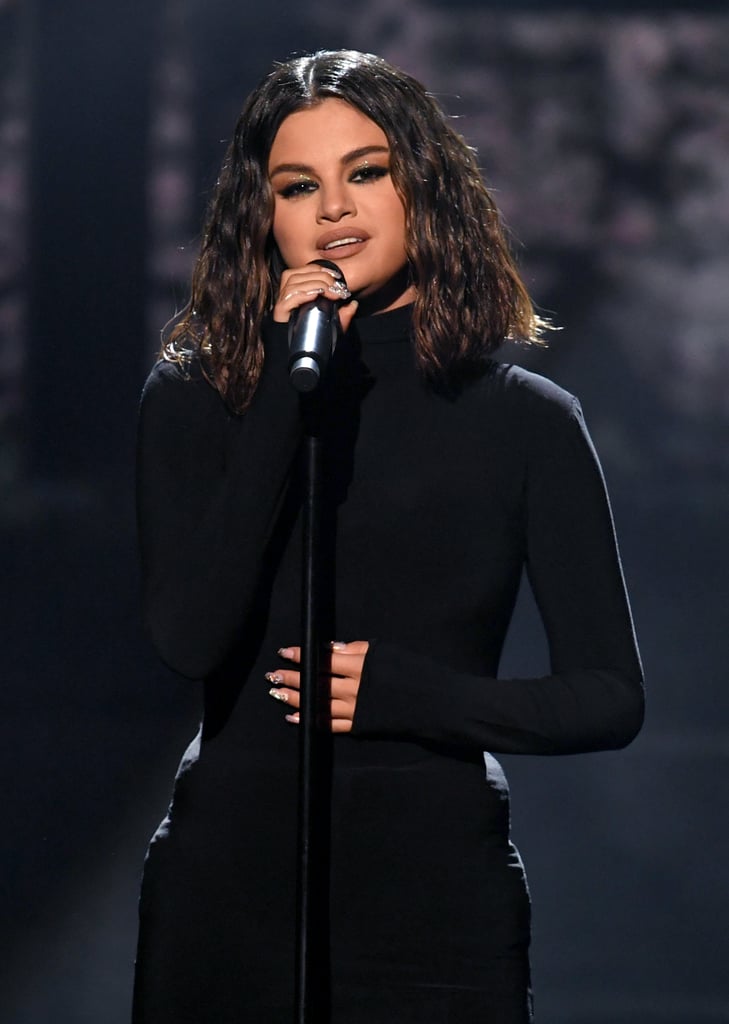 Selena Gomez made a triumphant return to the American Music Awards in LA on Sunday. After steaming up the red carpet in a highlighter-green Versace dress, the 27-year-old singer took the AMAs stage for the first time in two years for the television premiere of her new singles. Gomez started things off on an emotional note as

she belted out "Lose You to Love Me" in a black gown before switching into a sparkly leotard and getting down to "Look at Her Now."

Gomez released both tracks in October, and "Lose You to Love Me" is actually Gomez's first song to ever hit No. 1 on the Billboard Hot 100 chart. "This song was inspired by many things that have happened in my life since releasing my last album," Gomez previously said about the Justin Bieber-inspired single. "I want people to feel hope and to know you will come out the other side stronger and a better version of yourself." Check out Gomez's performance above.