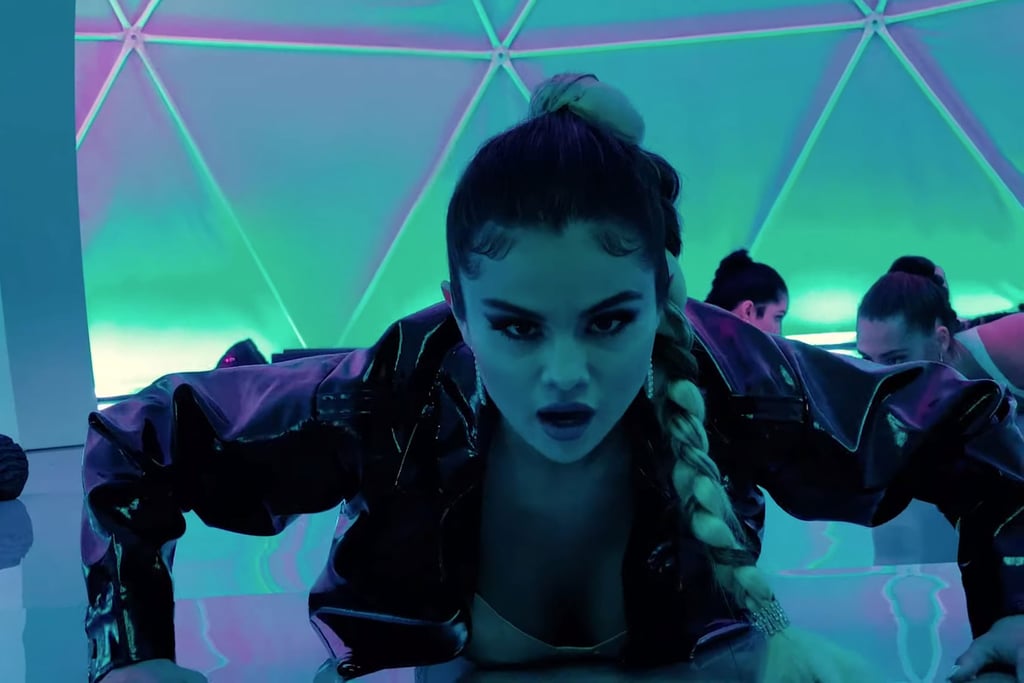 Selena Gomez Just Dropped Her Second Single Of The Week and, It's a Tune and a Half

If you're a Selenator, this is certainly your week! After dropping her emotional new single "Lose You to Love Me" just yesterday, Oct. 23, 2019, Selena Gomez waited less than 24 hours to drop a surprise second track, "Look at Her Now." Both newly released numbers are being heavily discussed by the public for centering the singer's tumultuous relationship with ex Justin Bieber, and we have our suspicions too.

While the first single seemed to wave a gloomy goodbye to JB, the latter song is decidedly more upbeat. Featuring lyrics like, "Of course she was sad / But now she's glad she dodged a bullet," the dancefloor jam appears to celebrate finally leaving her ex behind. The music video for her latest release, which was entirely shot using Apple's iPhone 11 Pro, features Selena surrounded by flashing neon lights and a crew of Selena look-a-like back up dancers - a drastic change from Lose You to Love Me's passionate black and white vid.

It's undoubtedly been a busy week in the Selenator world, but what's most notable is that the two hits come less than a month after her ex Justin Bieber and his beau, Hailey Baldwin wedded for the second time. Juicy, huh! Despite this, Gomez doesn't seem to be letting the past get her down. "I felt having these two songs released back to back completed the story of how one can rise no matter what challenges life brings," she said in a statement. "Turning off the noise and living your life on your terms."


Keep scrolling to watch the new hits in full.