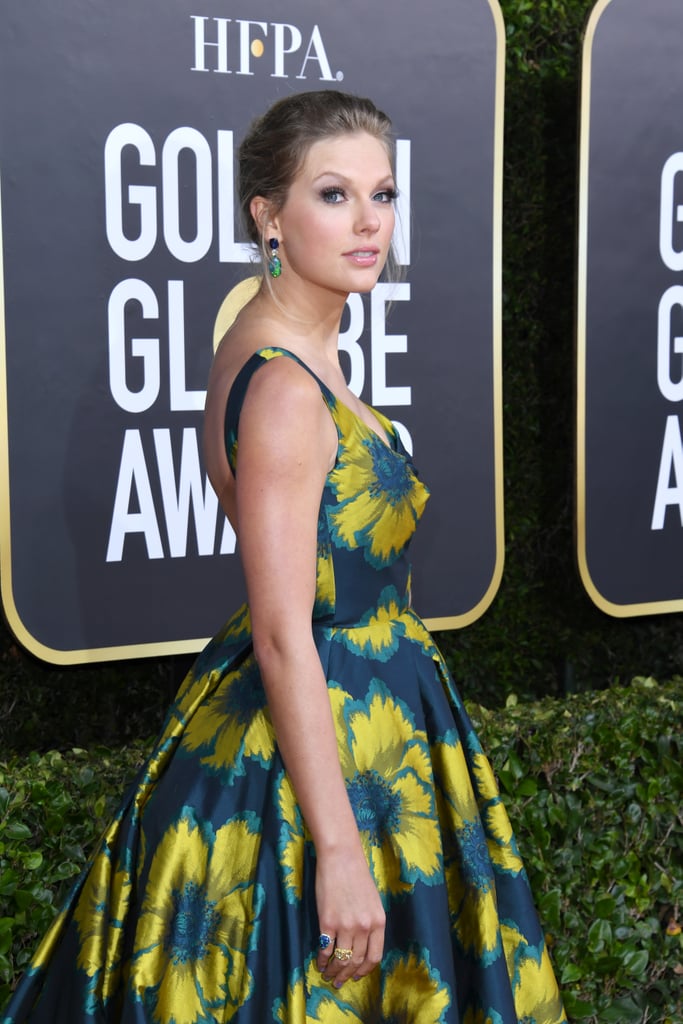 Taylor Swift looked absolutely gorgeous as she attended the Golden Globes on Sunday. The singer, who was nominated for best original song for writing "Beautiful Ghosts" in Cats, stepped out on the red carpet wearing a green floral print gown. As if her stunning appearance wasn't enough to get excited about, she also made a rare appearance with boyfriend Joe Alwyn, whose film Harriet was up for two awards. Though the two didn't pose together, they were spotted chatting with award show goers as they arrived at their table.