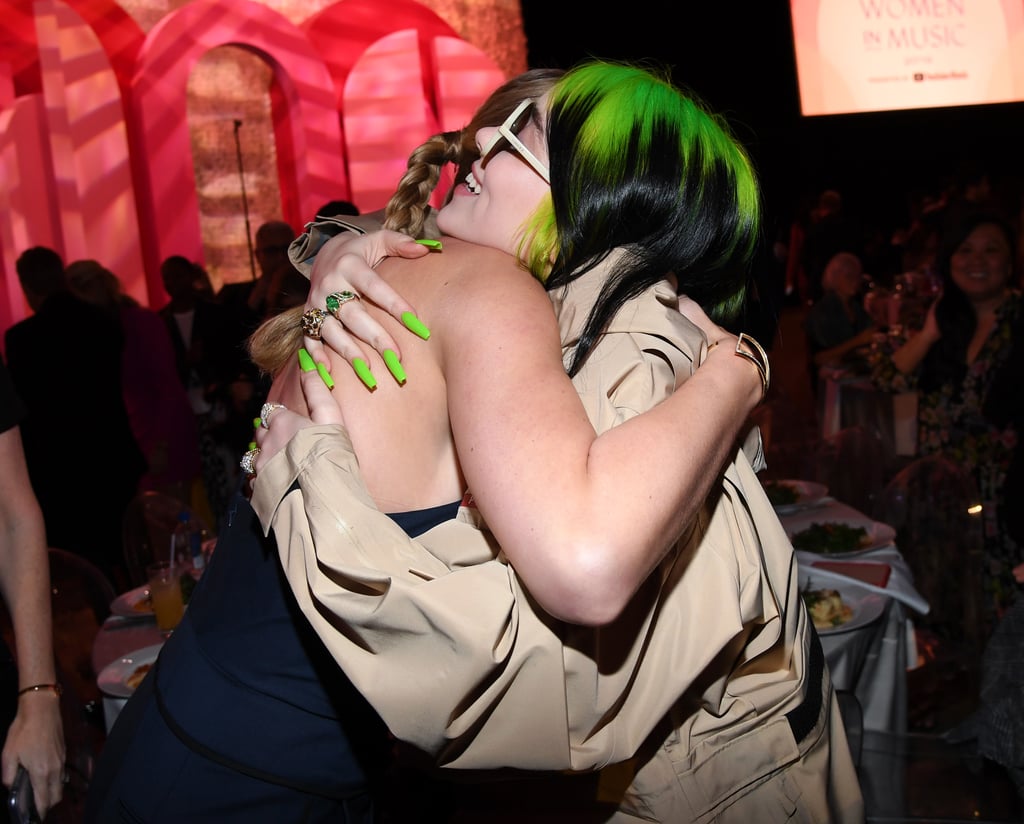 Taylor Swift and Billie Eilish had a really sweet interaction as they were honored at Billboard's Women in Music event in LA on Thursday. During the event, the woman of the decade and the woman of the year hugged it out and snapped a few pictures, and it's too much for my heart to handle.

In Billie's speech for woman of the year, the 17-year-old made reference to Taylor's speech for the same award back in 2014, where she talked about raising up the next generation of female musicians. "Somewhere right now, your future woman of the year is probably sitting in a piano lesson or in a girls' choir, and today, right now, we need to take care of her," Taylor said at the time.

Well, it turns out, Taylor was exactly right. "I was 11 at the time, and I was in a choir, and I was learning to play piano," Billie said in her speech. "You took care of me, so thank you." Now where is that musical collaboration, Taylor and Billie? See more pictures from their cute meeting ahead.