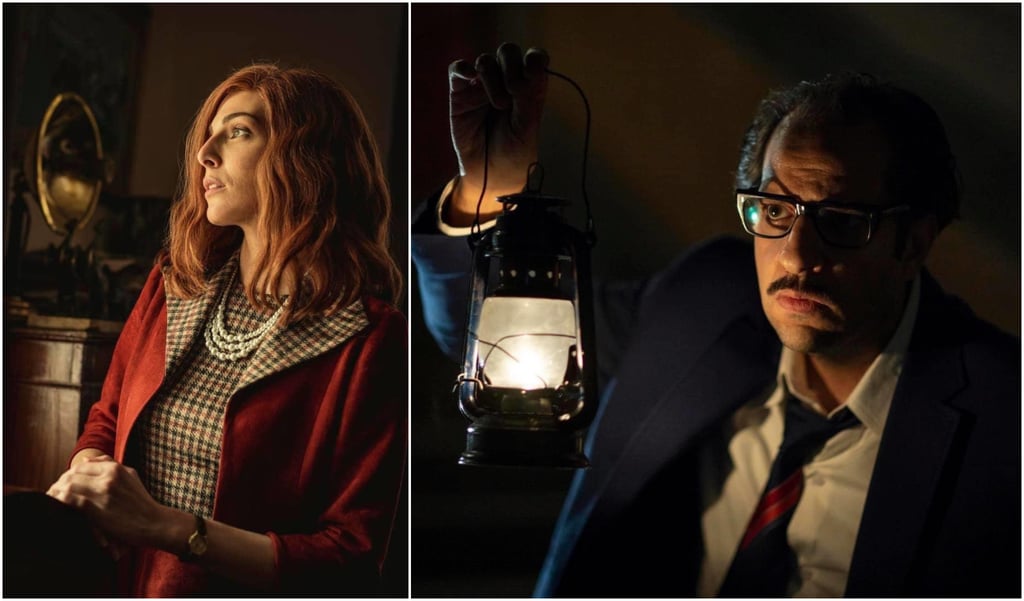 Set in the 1960s, Paranormal follows Refaat Ismail's attempts at uncovering a series of mysterious and unsolved supernatural events. To do so, the haematologist is who played by Ahmed Amin, and his colleague, Jammal, have to wander deep into the world of the supernatural. Sounds good right? We think so too.

While the exact release date is yet to be announced, so far we know that it's coming out in Autumn of this year, new stills from the series have just been released and boy, does it look good.

We are gladly sharing the first look images of ‘Paranormal’

We present to you Dr. Refaat Ismael (a hematologist in his forties, thin, bald and smokes like a chimney) and Maggie Mckillop (The woman who can walk on grass without bending it)

In the images, released by the series director Amr Salama, we can see what appears to be the moment that Jammal and Amin's characters first meet.

While we patiently wait for more details and images, and finally the show to grace our small screen, here's a look at the best TV shows to watch on Netflix in the meantime.