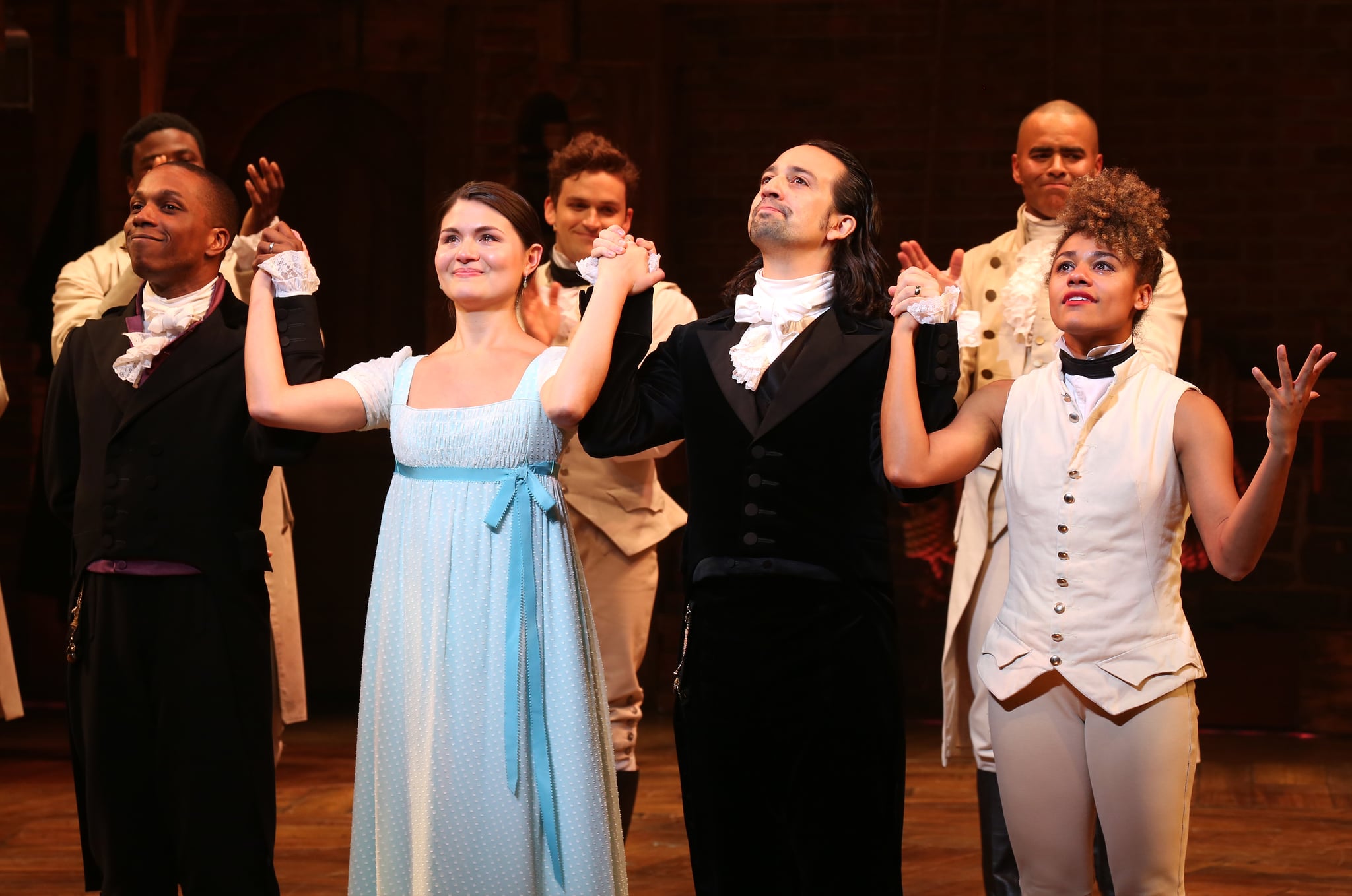 When Hamilton first hit Broadway in 2015, it blew audiences away with its creative storytelling and musical performances. Now, a whole new audience is getting introduced to the award-winning musical with its movie release on Disney+. Whether you've seen the show live or you're watching for the first time, there are so many intricate details throughout, you might need to rewatch a few times just to catch them all. Case in point: the innovative way death is portrayed throughout the show.

While Hamilton, Burr, and Eliza play big roles in the story, one of the most significant characters is the Bullet. Played by ensemble cast member Ariana DeBose in the Hamilton movie (pictured above on the right), the Bullet is quite literally death personified. In fact, the Bullet is one of the first characters to die in the show. After King George III sings "You'll Be Back," she is discovered acting as a spy and a redcoat snaps her neck.

On multiple occasions, the Bullet foreshadows the death of various characters. During the "Yorktown" performance, the Bullet shakes hands with John Laurens, who eventually dies a few songs later, and during "Blow Us All Away," she tells Philip Hamilton where to find George Eaker, who eventually kills Philip in a duel. Most significantly, the character portrays the bullet that kills Alexander Hamilton in "The World Was Wide Enough."

If you rewatch the show, you'll notice that the Bullet actually has multiple interactions with Hamilton throughout the show. "It's really intense for me because I always know I'm aiming for him – even if the rest of the ensemble members don't," DeBose told The Great Discontent. "So even if I'm just a lady in a ballgown at a party, there's still a part of my character that knows that that moment is going to come. You can look at the final duel in a couple different ways. We're slowing the bullet down to give Hamilton time to say everything he wants to say, or we're saying, 'This is it. It's inevitable. It's happening, so you can stare it right in the face.' There are a lot of different ways to interpret it. It was really special to create something like that, because it's inspired by a lot of different pieces we've already seen; it's very Matrix-like. I've never seen a moment on stage like it."