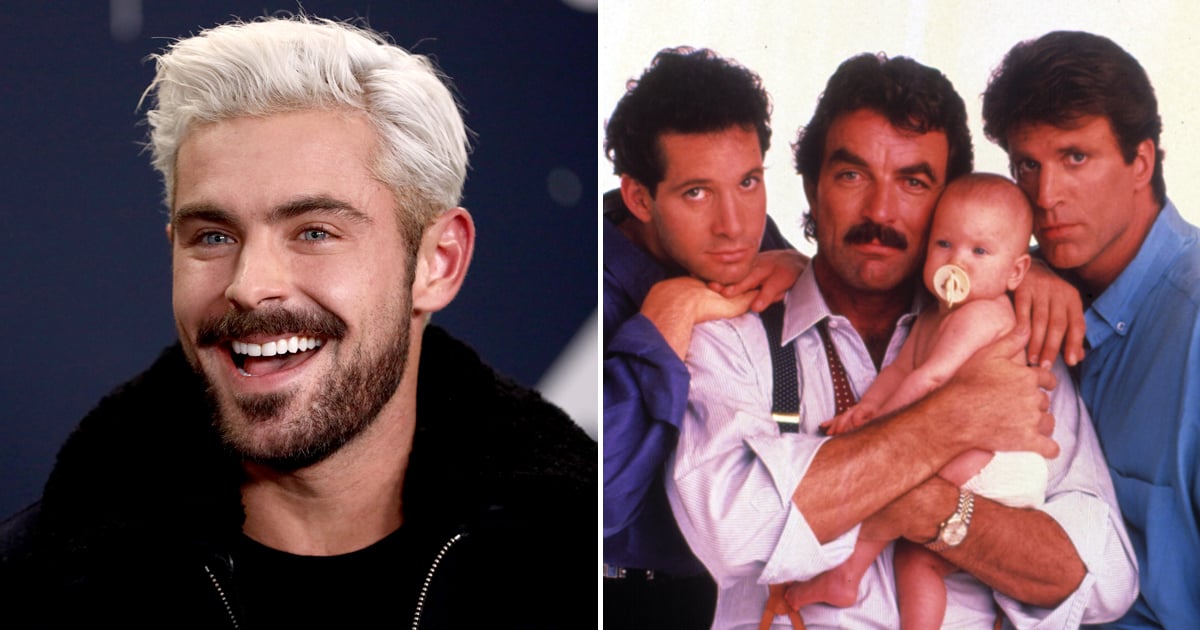 Zac Efron is getting his head back in the Disney game! According to The Hollywood Reporter, Efron will be starring in a remake of Three Men and a Baby for Disney+ — a big reunion for both the film company and the High School Musical star. No other details have been revealed, but the 1987 comedy originally starred Tom Selleck, Steve Guttenberg, and Ted Danson as New York bachelors Peter, Michael, and Jack, respectively. However, the real question is: who will join Efron in the reboot? We have a few ideas.

Michael B. Jordan and Miles Teller

Efron already has experience paling around with Michael B. Jordan and Miles Teller from their 2014 rom-com That Awkward Moment — this would be easy work for these guys. Plus, I could totally see Teller growing out a strong Sellack-style 'stache.

OK, hear me out. We haven't seen Efron, Bleu, and Grabeel reunite onscreen since their High School Musical days, but what better way for them to reunite than on another Disney project? All in favor, "wave your hands up in the air!"

Alright, I just feel deep in my bones that this trio would work. We haven't seen John Boyega do a ton of comedic acting, but let's be real, he carried most of the funny Star Wars moments (from the last few years) on his back. My one demand is that both Henry Golding and Boyega keep their accents for filming.

Let's just give this whole movie the Parent Trap treatment and have Efron play all three parts. Which man is he? Who cares! He's all of them. Hell, make him the baby, too.

You know what the only real requirement for this movie should be? That all three characters don't act like it's totally weird for men to take care of a baby. Maybe they're not naturals from the get-go (Although, why not? Changing diapers is an equal opportunity job!), but the fumbling around and the acting terrified of caretaking tasks is tired. Sign my petition to make childcare responsibilities normal! Just kidding . . . but really.