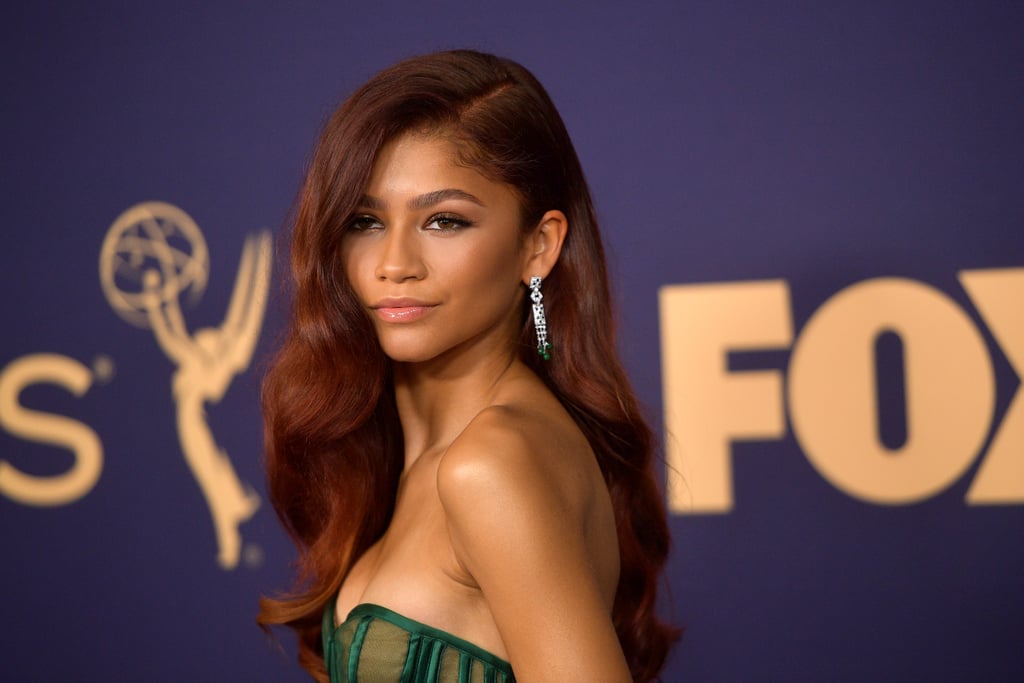 We expected Zendaya to make a stunning appearance at the Emmys, and she didn't disappoint! On Sunday, the 23-year-old actress hit the red carpet in LA modeling a green dress with wavy reddish-brown hair á la Ariel from The Little Mermaid (she's no stranger to dressing like a Disney princess, after all). And in true Zendaya fashion, she struck a few fierce poses and hit all her angles as cameras flashed.

Zendaya is also set to present during the show, though we can make a case for why she deserves to win an Emmy herself — have you seen her amazing performance in HBO's Euphoria? Sadly, the drama won't be eligible for Emmy nominations until next year, so we're expecting her to return in 2020 to gather her things. Until then, look ahead to "ooh" and "aww" over her big night!